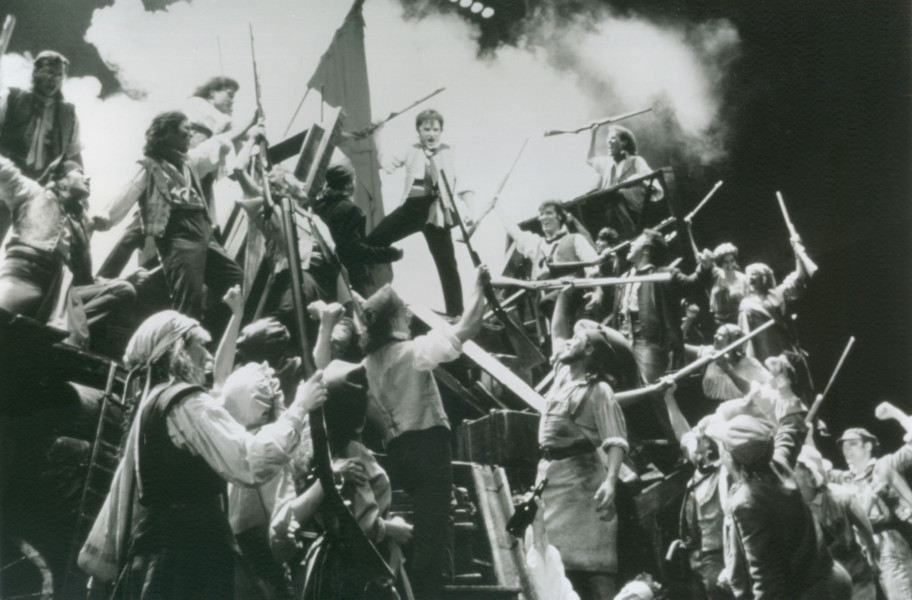 1991 Tony Awards. Julie Andrews introduces Keith Carradine and Company in The Will Rogers Follies first with “Will-a-Mania” and then “Favorite Son”

Original 2002 Broadway cast of Hairspray in a performance of ‘You Can’t Stop The Beat’ at the Tony Awards.

A Chorus Line, won Best Musical at the 1976 Tony Awards making it the first musical about the dancers on Broadway and the story of their lives exposed.

1987 Tonys brought Patti LuPone and the tapping cast of Anything Goes.

The Cast Of Choir Boy Performs “Rockin’ Jerusalem” At The 2019 Tony Awards.

Kelli O’Hara introduces the Roundabout Theater Company revival musical of 2019 Kiss Me Kate revival as they perform the song “Too Darn Hot”.