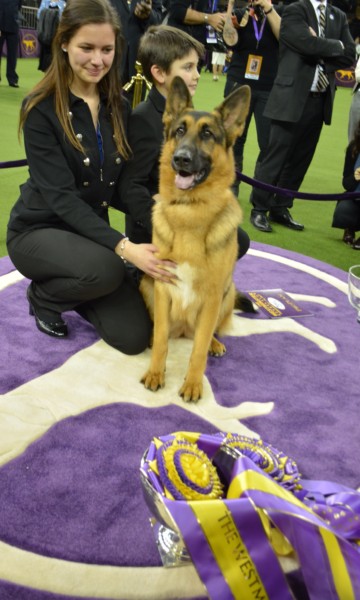 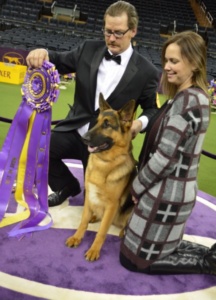 A 5-year-old German shepherd named Rumor was crowned top dog Tuesday night. Always the bridesmaid this time the bride, Rumor came out of retirement to win best in show at the Westminster Kennel Club. Last year Rumor almost won the Westminster, but was beaten in a surprise by a German shorthaired pointer named CJ. Rumor has won 104 awards and her trainer and co-owner Kent Boyles said that this was definitely her last major show. Named after  the hit song “Rumor Has It” by Adele. She is the second German shepherd to become champion since 1877. She beat out a Norwegian elkhound, a Pekingese, a miniature poodle, an Irish setter, a boxer and a Norwich terrier in the finale. Adrian an Irish setter finished second. 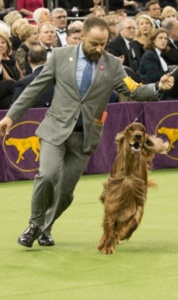 There were nearly 2,800 dogs entered in the 141st Westminster canine competition, spread across the 202 eligible breeds and varieties. 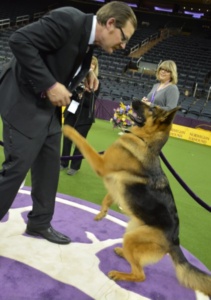 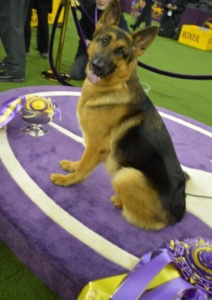 Times Square Offered Valentine’s Day Weddings Engagements and Renewals
Good Samaritans: Performance Art Versus Theater, Or Are They One and the Same?