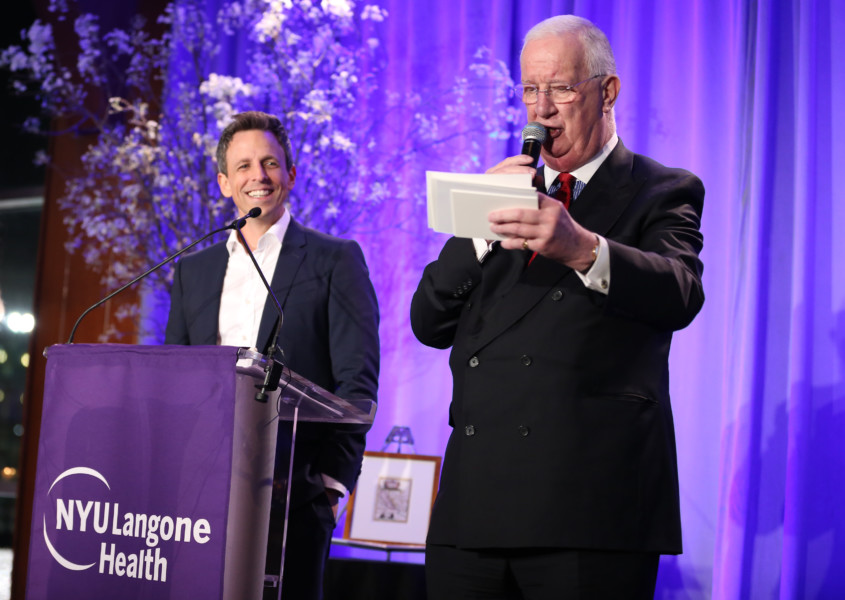 Best of the Season with Sensible Socialite

Best of the Season with Sensible Socialite

Spring is nearly here after a cold winter. Many cold days had been down on the books these past few weeks, but there were plenty of hot happenings to warm up the air. 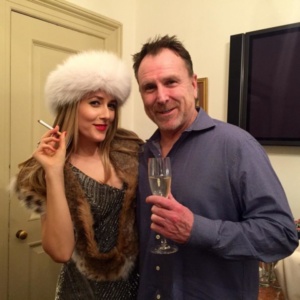 In Your Face–New York captures the spirit, the energy, the music, noise and creativity of this capital of the world. The show comes to Merkin Concert Hall after sell-out performances at St. Ann’s Warehouse and Symphony Space. It’s a live performance extravaganza and also a video/audio podcast that presents the best of New York’s actors, writers, musicians and more. Previous episodes have featured Sarah Jones, Bob Balaban and WNYC’s Brian Lehrer.

And there have been so many other wonderful things in the calendar this season. On the evening of Thursday, March 1st, the National Audubon Society hosted its annual Gala to honor the legendary Sir David Attenborough, environmental justice leader Peggy Shepard, and renowned conservation expert Dave Morine at the iconic Rainbow Room at Rockefeller Center. The New York City skyline served as a picturesque backdrop for the night and guests were greeted by beautiful faux birds nestled throughout the space. 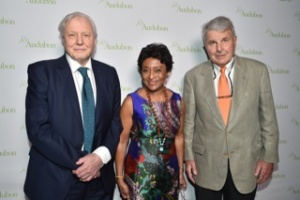 On Monday, March 5th, the New York City International Film Festival celebrated the launch of their 9th annual edition with a cocktail reception and the screenings of DISSOLVED: A Game of Truth, Wasted Talent, and The Girl Who Invented Kissing, in New York’s Dolby Theater & Screening Room, led by NYCIFF founder, Roberto Rizzo and president, Caroline Johnson. 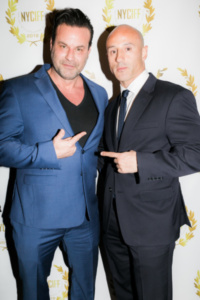 The Girl Who Invented Kissing star, Dash Mihok (Ray Donovan, Romeo + Juliet) walked the red carpet with his mother and the film’s director, Tom Sierchio. Following the film’s screening, the star and director took questions from the audience on everything from the film’s budget – just under $1,000,000 – to the audition and selection of co-star Suki Waterhouse.

“I look forward to this gala every year, as a vivid reminder of why those of us in medical science and clinical care do what we do,” said Richard Tsien, PhD., as he opened the ceremony. “We are tireless in our efforts to better understand epilepsy and to give everyone we treat the best care imaginable. At NYU Langone Health, we take on hundreds of thousands of patients—and every single one of them honors us with their courage. They put their lives in our hands—or, even more incredibly, the lives and futures of their children.”

Carolyn Carr, the talented multimedia artist based in Atlanta, currently is exhibiting her work at the Marisa Newman Projects Gallery. The work addresses the struggle to establish personal identity and a coming to terms with southern heritage. Through a slow making process, Carr deliberately creates objects – paintings, artist books, pinhole cameras, short films, or clay sculptures, hand built or on the wheel – by reenacting cultural traditions common to domestic life. Through these meditations, Carr aptly reconsiders the responsibility of her rich history and legacy.  These issues are not exclusive to the South, many grapple with them, but the Southern States have been the battleground. Through her work Carr hopes to articulate these histories and relationships in an effort to initiate reconciliation. 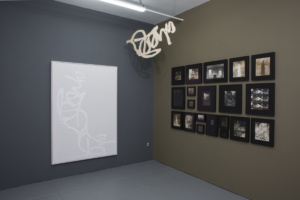 The current exhibition was completed during an artist residency at Andalusia, the family homestead of author Flannery O’Connor, in Baldwin County, Georgia.  While in residence Carr constructed a series of abstract narratives to illustrate the conflicts she sees as inherent to southern life. Carr deliberately references the rich literature, O’Connor, William Faulkner, or Carson McCullers, of her native south in her conflicting themes of love versus hate, freedom versus enslavement, good versus evil, or life versus death.

Uptown at Urbani Truffles, George Kao has joined on as Asian Market Ambassador. His fifteen years of experience in the industry are a grand fit for our favorite truffle emporium in Manhattan,

“I believe Urbani is the market leader in true Italian Truffles and the potential to enhance a wide range of culinary techniques embraced in Asian cooking is clear. I am very excited to join and represent Urbani,” said Kao.

And the winter is wrapping up with A-List Communications at SXSW. For the fifth consecutive year, leading LA-based special events group A-List Communications with its sponsor partners Foster Grant Eyewear, Blue Moon Brewing, Line 39 Wines, and Tequila Revolución brought its exclusive “Supper Suite” pop-up to Austin during the first weekend of the sprawling film, music and interactive festival in Austin, Texas. 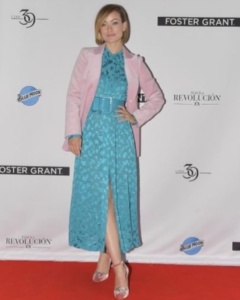 For three days from March 9-11, The “Supper Suite” took over Austin lounge Basecamp to host cast cocktail receptions for six official SXSW film selections: AMERICAN ANIMALS; SUPPORT THE GIRLS; SADIE; OUTSIDE IN; THE UNICORN; and YOU CAN CHOOSE YOUR FAMILY

“A-List Communications strives to bring new and unique offerings to each film festival and the attending media and VIP clientele during the Festival, and we thank our sponsors Foster Grant, Blue Moon Brewing, Line 39 wines and Tequila Revolución for making it possible,” concludes A-List Communications’ CEO David Manning.

And opening this week down in FiDI is a little coffee shop turning in to a big, hot social scene. At 15 Cliff Street, Sugar Momma will open doors for the evening crowd.

“I wanted to create a new experience to take our customers from coffees in the morning to espresso martinis at night,” state Australian owner Barry Dry.

Sugar Momma opens doors March 15 under the umbrella of Hole in the Wall. It will be open Tuesday through Saturday, from 6 pm until midnight.

Cxecutive chef Brent Hudson has come up with some amazing selections of tapa plates such as crispy pork with soy caramel, sour apple, cashews and pickled herbs, as well as plates like a signature Truffle Beef and ‘Shroom burger with bacon, caramelized onions, house pickles and special sauce to a grass-fed Wagyu rib eye, a satay curry chicken and ‘roll your own’ brisket tacos.

Here is to another lovely season ahead.