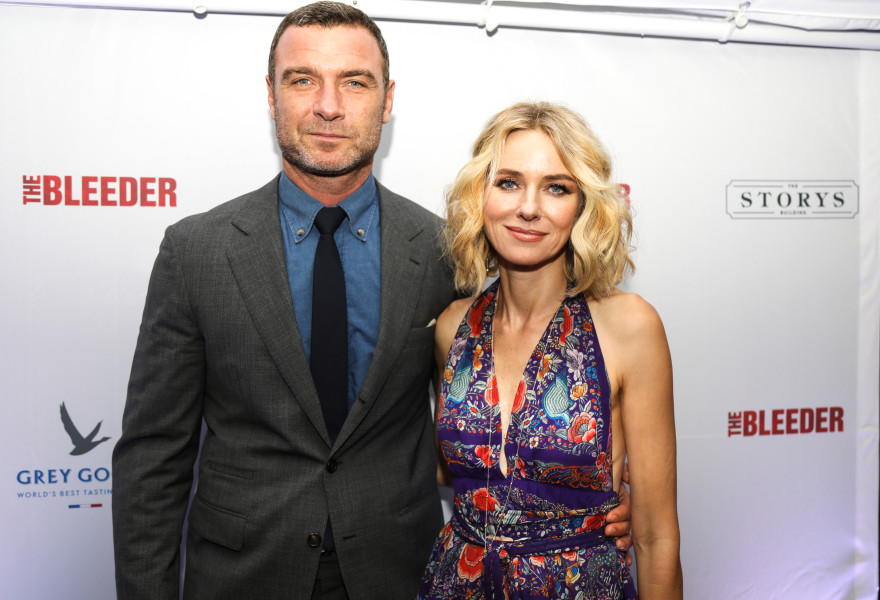 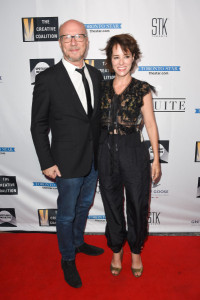 Upon arrival, Maria Bello (star of The Journey is the Destination), Parker Posey (in town for the Netflix comedy Mascots) and Paul Haggis (Oscar® winning Director) worked the red carpet and then slipped into a quiet corner to catch up before entering STK to enjoy the star studded award ceremony and classic STK dishes. Bello arrived in a chic lipstick red suit and red silk blouse with bow detail complemented by turquoise drop earrings while Parker Posey donned stylish black harem pants with a textured shirt and tousled hair that withstood the evening drizzle. The three cozied up inside the venue while continuing conversation over passed plates of STK’s shaved Brussels sprouts salad, crispy rock shrimp with chili remoulade and tuna tartare with soy, honey emulsion and taro chips.

At another soiree, it was a night to see the stars at the STORYS building at 11 Duncan Street in Toronto. Celebrating the premiere of their film The Bleeder, stars Liev Schreiber, Naomi Watts, Ron Perlman, Pooch Hall, and boxer Chuck Wepner, the protagonist who the film is based on, all graced the red carpet at STORYS before heading inside to party until the early hours of the morning.

Naomi Watts arrived looking gorgeous in a floor length, floral boho-inspired dress, before changing halfway through the night into a flowy cream dress. She was in great spirits while sipping on Grey Goose cocktails and mingling with guests, chatting a lot with Linda Wepner, who she portrays in the film.  Actor Liev Schreiber joked with fans on the red carpet, telling them – “Canadians are so quiet and polite,” and asking them to make some noise and applaud for him on the red carpet. Inside, he posed for photos and mingled with director Philippe Falardeau and Chuck Wepner and wife, Linda Wepner.

Actor Pooch Hall who plays Muhammed Ali, was in character all night, throwing mock punches at party guests and posing like his character. Ron Perlman stayed until the very end of the party, and made an effort to speak to anyone around him. 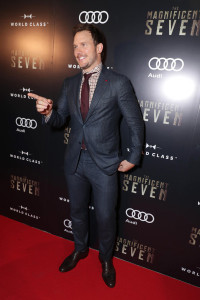 Stars Martin Sensmeier and Manuel Garcia-Rulfo were all smiles as they joked with guests at the party and posed for photos. Chris Pratt looked sharp in a slim cut grey pinstripe suit and burgundy tie as he graciously posed for photos on the red carpet. Director Antoine Fuqua worked the room, mingling with party guests and stopping to take photos with Vincent D’Onofrio. The stars dined on a Mediterranean-inspired menu, including dishes such as mini lobster rolls and Byblos sliders.