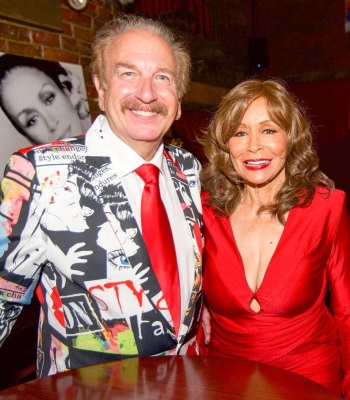 New York — Celebrity author Mark Bego has been signed by Yorkshire Publishing to write a new biography on the late Woodstock-singing legend, Joe Cocker. The book, which is underway, will be published in late 2023. Says Bego, “I first saw Joe singing at the site of the famed Woodstock festival in the 1994, and I was riveted by his performance. I am happy to be under contract to tell his fascinating, and often tragic life story in this new biography.”

Furthermore, it was just announced that Bego’s most recent rock-bio release, Band Of Gold, written with Freda Payne (Yorkshire Publishing / 2021), has been honored as one of the two “Best Biographies” of the year in the prestigious 2022 Paris Book Festival. Adds Mark, “Working with Freda Payne on her autobiography was one of the most fun and exciting experiences of my career. I have known the multi-talented Freda for years, and it was a dream come true to work with her. And, part of Freda’s story, fittingly takes place in Paris!” 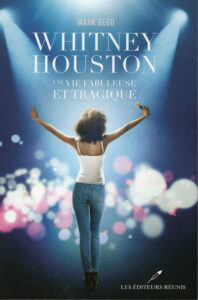 Timed to capitalize on the forthcoming Whitney Houston film, I Wanna Dance With Somebody, the French language and German language versions of Bego’s best-selling bio on the late singer has been re-released. Whitney Houston: Une Vie Fabuleuse Et Tragique is published by Les Éditeurs Réunis in Quebec, Canada; and Whitney Houston: Die Biografie is published by Hannibal Publishing of Austria. Explains Bego, “I was the first biographer to pen Whitney’s amazing life story, and now I am honored to have the final word on the famed diva’s rise to fame, and fall from grace.”

Bego’s cookbook also features contributions from Bill Wyman of The Rolling Stones, Tanya Tucker, Freda Payne, Micky Dolenz of The Monkees, Martha Reeves, Richie Sambora of Bon Jovi, and dozens more.  With more than 13 million copies of his 67 books in print in over a dozen languages, Bego is also actively collecting new celebrity recipes for a sequel to his best-selling cookbook: fittingly entitled Eat Like a Rock Star II. 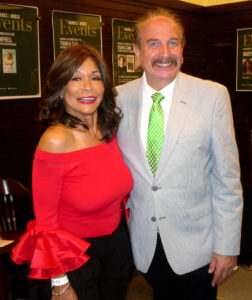 Linked for decades to his best-friend Mary Wilson of The Supremes, many of Bego’s most popular books have been either collaborations with, or works created with the involvement of the late Wilson who passed away in February of 2021.

Mark also contributed to the liner notes of the recent and critically acclaimed 2022 CD compilation Mary Wilson: The Motown Anthology (Motown). Explains Bego, “Mary and I had a chart-topping run with Supreme Glamour and Eat Like A Rock Star, and it was wonderful to have her provide the Introduction to Freda Payne’s book as well. Not a day goes by that Mary is not on my mind. I vowed to keep her memory alive, and I intend on doing just that.