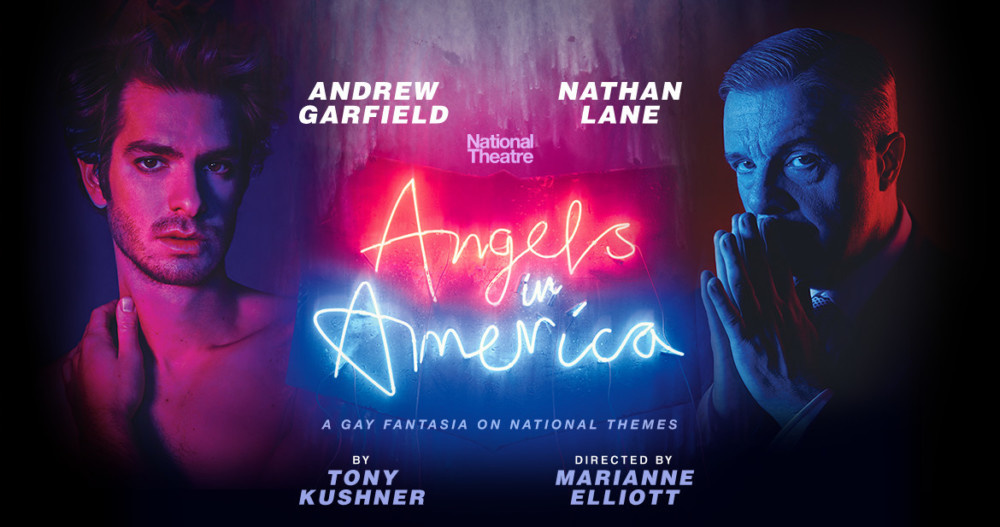 Returning to Broadway for the first time since its now-legendary original production opened in 1993, this spectacular new staging of Part One of Angels in America, Millennium Approaches, and of Part Two, Perestroika, directed by Marianne Elliott, had its world premiere earlier this year in a sold-out run at the National Theatre, where it became the fastest selling show in the organization’s history. Tickets for this production are on sale by visiting Ticketmaster.com, by calling 877.250.2929 or at The Neil Simon Theatre Box Office which will open officially on January 19, 2018.

A quarter-century after stunning the theater world, one of the greatest theatrical journeys of our time returns to Broadway in an acclaimed new production from the National Theatre.  As politically incendiary as any play in the American canon, Angels in America also manages to be, at turns, hilariously irreverent and heartbreakingly humane.  It is also astonishingly relevant, speaking every bit as urgently to our anxious times as it did when it first premiered.  Tackling Reaganism, McCarthyism, immigration, religion, climate change, and AIDS against the backdrop of New York City in the mid-1980’s, no contemporary drama has succeeded so indisputably with so ambitious a scope.

Beth Malone was nominated for a 2015 Tony Award and Grammy for her game-changing role of “Alison” in Fun Home. Malone most recently starred as the titular character in the world premiere of The Unsinkable Molly Brown, directed by Kathleen Marshall at the MUNY. She originated the role of “June Carter Cash” in Ring of Fire on Broadway, as well as the roles of “Betty Jean” in The Marvelous Wonderettes and “Alison” in Bingo off-Broadway. Other Off-Broadway and Regional include Fun Home (The Public Theater), Annie Get Your Gun (CMT) and Sister Act (Alliance Theatre). On film, Malone can be seen in Taylor Hackford’s The Comedian, co-starring opposite Robert DeNiro and Edie Falco. Other film credits include Hick with Eddie Redmayne, Twist of Faith, The Interview, and the upcoming Brittany Runs A Marathon opposite Jillian Bell. Beth appeared as the recurring character of ‘Claudia Monarch’ (a surrogate Rachel Maddow) on CBS’ “Braindead.” Other television credits include “Bull,” “The Good Wife,” “Reno 911,” “Judging Amy,” “Laying Low,” “What’s On?,” “One Minute Soaps” and the Fox pilot “Second Nature.” She is the author and star of the critically acclaimed one-woman show Beth Malone: So Far.

Angels in America is a two-part performance. Part One, Millennium Approaches and Part Two, Perestroika are sold together.