Betrayal Rules In Two Features Out In Theaters

Betrayal Rules In Two Features Out In Theaters 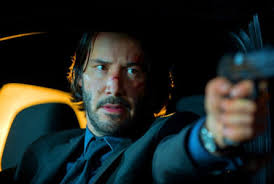 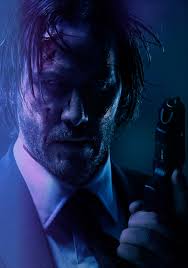 Betrayal rules the day for two films in theaters now. The mayhem-oriented “John Wick: Chapter 2” generates a seemingly endless pile of bodies; oddly, for a movie with strong religious elements, so does Martin Scorsese’s “Silence” — the other film in which betrayal drives its story.

In John Wick: Chapter 2, actor Keanu Reeves plays the titular super assassin who has retired after his wife’s murder only to be forced back into action by a Mafia leader who had once been his ally. As the lead, Reeves perfectly melds himself into Wick, a merciless and unrepentant killer  — kind of an emotionless zen warrior. 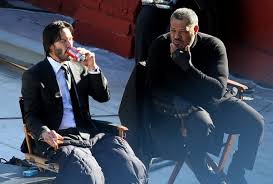 Directed by his longtime friend, trainer, and body double, Chad Stahelski, the fight choreography gets more dramatic as the body count ratchets up (more than 140 die in the film) so its set pieces never seem tiresome. However, since this isn’t a film that offers much character development, it requires skillful actors such as Ian McShane and Laurence Fishburne to show what little nuance or human qualities inhabits the stock characters here.

Wick transforms his frustration with being trapped into returning to his job into pure fury, unleashing his most unrelenting, snarling self. As the film builds up to its dramatic crescendo, he wipes out the guys who cause his problems and consternation, but in doing so condemns himself to be perpetually hunted by his former associates in the Continental — the assassin’s guild, leaving room for further sequels. 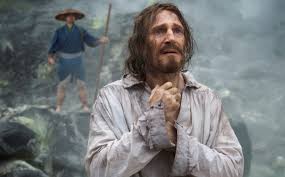 On the other hand, Martin Scorsese’s saga, Silence, offers a far more nuanced and philosophical narrative which, nonetheless, presents a simple story of betrayal laced with torture and murder as well. It tells of two 17th-century Portuguese Christian missionaries (played by Andrew Garfield and Adam Driver) who face the ultimate test of faith when they travel to Japan in search of missing mentor Jesuit Father Ferreira (Liam Neeson) at the time when Christianity was outlawed and their presence in Japan forbidden by the Tokugawa Shogunate. 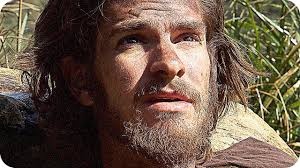 For some, it seems to be a story where faith trumps good sense or is a demonstration of arrogant Christian cultural imperialism confronting the haughty cultural arrogance of traditional (maybe medieval would better) Japan. It’s also tells of the betrayal of the Japanese converts by their aristocracy who kills them off because faith in Christianity anoints its followers an equality that defies the social order. 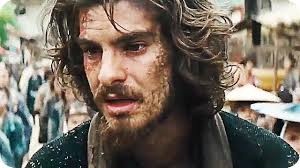 When this Oscar winner’s epic finally culminated in its release on New Year’s Day 2017, the story of this celebrated director’s 28-year journey to bring author Shusaku Endo’s 1966 acclaimed novel to life provided such a backstory to its creation that some of its subtext had been obscured.

In Silence, Neeson plays a Father Ferreira who grapples with his role as the missionary who brought Christianity to Japan only to see his converts brutally suppressed and executed by the Shogun and his underlings. As a result, when the two younger priests arrive, one dies while the other ultimately find their mentor has betrayed his faith, and essentially become a Buddhist. Ferreira’s absence and resurfacing haunts the film as does Neeson’s shadowy figure when Ferreira is finally discovered.

For most people, the image of Liam Neeson is either that of a cunning savior in the guise of Oskar Schindler or as the avenging angel father in the Taken series. But thanks to this movie, he is seen in another guise — a man grappling with a crisis, so the 64-year-old veteran has to subtlety express it through a physical transformation that makes his performance in Silence profound.

Unfortunately, getting to the point where he appears includes many scenes of torture (and tortuous debate) and aimless wanderings along the spare yet beautiful Japanese landscape. Scorsese’s obsession with the source material may have led him to linger on it far longer than necessary. Though it’s an intellectually provocative film, it’s one that’s hard for general audiences to digest without a deeper sense of Japanese history and context.