Betty Buckley Is Back Where She Belongs At The Café Carlyle 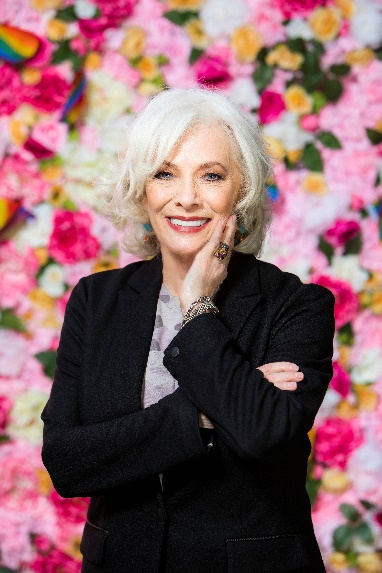 Betty Buckley Is Back Where She Belongs At The Café Carlyle

“I always love playing at Café Carlyle. It’s a quintessential, intimate New York venue, and has a beautiful, rich history of artists who have graced the room that inspire me each time,” said Buckley of her upcoming Café Carlyle performances.  She added, ”It’s an exquisite musical space, and I’m really delighted to be back.”

Betty Buckley is a legendary, multi-award-winning actress/singer whose career spans theater, film, television and concert halls around the world.  She is a 2012 Theatre Hall of Fame inductee and the 2017 recipient of the Julie Harris Awards from The Actors Fund for Artistic Achievement.

She won a Tony Award for her performance as Grizabella, the Glamour Cat, in Andrew Lloyd Webber’s CATS and received her second Tony Award nomination for Best Actress in a musical for her performance as Hesione in Triumph of Love.  She received an Olivier Award nomination for her critically acclaimed interpretation of Norma Desmond in the London production of Andrew Lloyd Webber’s Sunset Boulevard, which she repeated to more rave reviews on Broadway. She headlined the National Tour of the new Broadway Production of Hello, Dolly! in 2018/2019.

Buckley co-starred with James McAvoy in the M. Night Shyamalan hit film Split, one of the top International box office hits of 2017. She received a Saturn Award Nomination for Best Featured Actress for her work in the film.

Her other Broadway credits include 1776, Pippin, Song and Dance, The Mystery of Edwin Drood and Carrie. Off-Broadway credits include the world premiere of Horton Foote’s The Old Friends for which she received a Drama Desk Nomination in 2014, White’s Lies, Lincoln Center’s Elegies, the original NYSF production of Edwin Drood, The Eros Trilogy, Juno’s Swans, and Getting My Act Together and Taking It On, The Road.

Regional credits include The Perfectionist, Gypsy, The Threepenny Opera, Camino Real, Buffalo Gal, Arsenic and Old Lace, The Old Friends at Houston’s Alley Theatre and Grey Gardens at the Bay Street Theatre in Sag Harbor, NY and The Ahmanson Theater in Los Angeles in 2016 for which she received an Ovation Award Nomination.

In London she starred in Promises, Promises, for which she was nominated for An Evening Standard Award and in the 2013 British premiere of Dear World.

On television, Buckley recently guest starred on the new Fox/Warner Bros. TV show “The Cleaning Lady” airing in January 2022 and has a recurring role on “Law & Order: SVU” for NBC.  She co-starred in the third season of AMC’s hit series “Preacher.” She has guest starred on The CW hit “Supergirl,” the NBC Series “Chicago Med” and on ABC Family’s “Pretty Little Liars.” For HBO, she has appeared on “Getting On,” “The Leftovers,” “The Pacific,” and for three seasons on “Oz.” She starred as Abby Bradford in the hit series “Eight is Enough.” She appeared twice on The Kennedy Center Honors and was a guest star in numerous television series, miniseries and films for television including “Evergreen,” Roses for the Rich, “Without a Trace” and “Law & Order: SVU.”

She has been nominated for two Daytime Emmy Awards for her work on “Taking a Stand.”

Buckley tours in concert worldwide with her ensemble of musicians and in 2015 was featured in the Royal Albert Hall concert of Follies in celebration of Stephen Sondheim’s 85th birthday. She has recorded 18 CD’s: including “Ghostlight,” produced by T Bone Burnett released in 2014 and “Story Songs” released in April 2017.  Her latest release “Hope” was released in June 2018.

For over forty years, Buckley has been a teacher of Scene Study and Song Interpretation, giving workshops in Manhattan and various universities and performing Arts Conservatories around the country. She has been a faculty member in the theatre department of the University of Texas at Arlington and teaches regularly at the T. Schreiber Studio in New York City, The Modern Art Museum of Fort Worth, TX and in Los Angeles, Denver and Oklahoma.

In 2009, Ms. Buckley received the Texas Medal of Arts Award for Theater and was inducted into the Texas Film Hall of Fame in 2007.  In 2015, she was awarded The Stephen Bruton Award by The Lone Star Film Festival for her work in Film and Music. In 2018 she received the Sarah Siddons Award for Outstanding Theatrical Performance in a Chicago theatrical production. She has two honorary doctorates from The Boston Conservatory and Marymount College and has been honored with three Lifetime Achievement Awards for her contributions to theater from the New England Theater Conference, The Shubert Theater in New Haven and the Terry Schreiber School in NYC.