Between The Lines: A Tween Musical That Speaks To The Child In All Of Us Between The Lines: A Tween Musical That Speaks To The Child In All Of Us

The new musical Between the Lines at first seems just for tweens, but by the second act it starts to speak to the child within all us, telling us to write our own stories.

Between The Lines follows 17-year-old Delilah (the talented Arielle Jacobs), whose father has left  the family for a Yoga teacher. His wife (Julia Murney) is too wrapped up in her own problems, that she doesn’t see that her daughter is on the brink. Delilah escapes through books and discovers Prince Oliver (Jake David  Smith), who blurs the lines between fantasy and reality. While reading the story yet again, Prince Oliver first sends a message and the starts speaking to her. As Delilah’s world spirals out of control, she finds herself in the book she is addicted to. 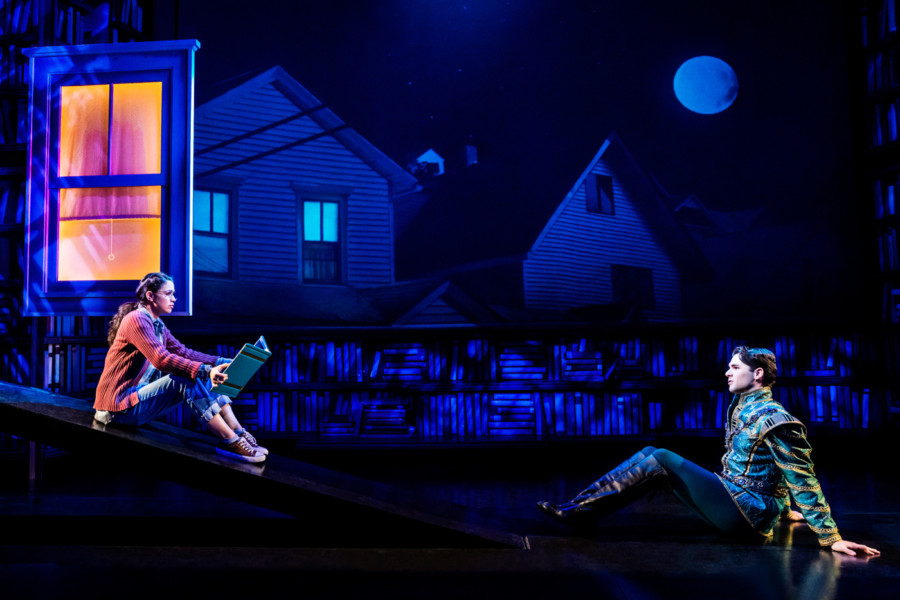 Being the new kid at school Delilah is bullied by Allie (Hillary Fisher), her brain dead boyfriend Ryan (Will Burton), and her minions (Jerusha Cavazos and Sean Stack). When they sing “Inner Thoughts,” Burton steals the show. Delilah finds a friend in Jules (Wren Rivera), a non-binary character who helps her connect. 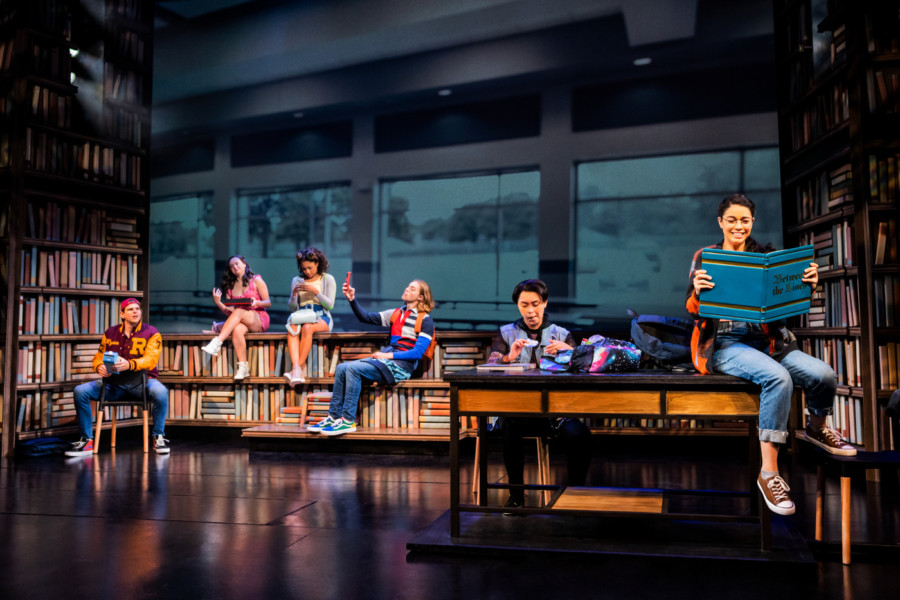 The cast of In Between The Lines photo by Matt Murphy

In the meantime Delilah’s teacher (Vicki Lewis), wants her in the creative writing club and her school therapist (John Rapson) wants her to relate to non-fictional characters. The best moments in the show are Vicki Lewis’ comedic “Mr. Darcy and Me”, The mermaids led by Wren Rivera as Ondine in “Do It For You” and Will Burton’s turn as his fairytale character Frump in the tap dancing tour de force “Out Of Character.” 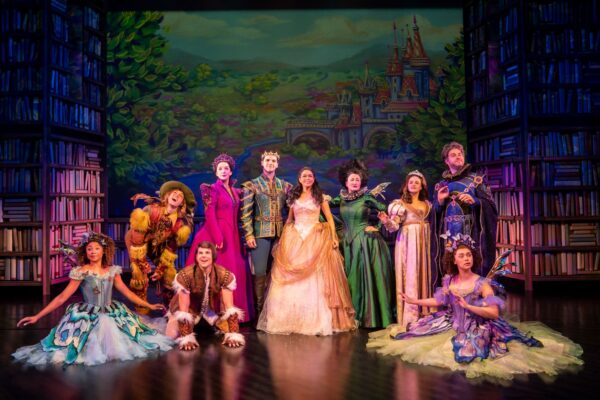 The cast of In Between The Lines photo by Matt Murphy

Based on Jodi Picoult and Samantha van Leer’s young-adult novel, the book by Timothy Allen McDonald is clever and touching with some snarky quips. The songs by Elyssa Samsel and Kate Anderson are adorable. The standout power ballad is “I’m Not Through.” 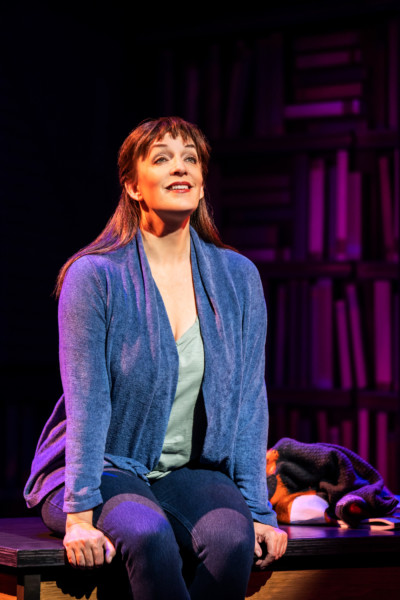 Jacobs is stellar, Murney brings another side to divorce and the two are believable as mother and daughter. Smith has a glorious voice and seems princely. Lewis is a find, but it’s Rivera who steals the show as well as Burton, who I would love to see more of.

Between the Lines is perfect for all those kids whose parents have gotten or who are getting a divorce. Did you know every 42 seconds, there is at least one divorce in America? That equates to 86 divorces per hour, 2,046 divorces per day, 14,364 divorces per week, and 746,971 divorces per year. This show has a seriously captive audience.

Between the Lines: Second Stage at the Tony Kiser Theater, 305 W. 43rd St. until October 2nd.