Beverly Bentley Mailer Saw it All My Dear: From the Beginning of TV To Miles Davis and Through Norman Mailer

Beverly Bentley Mailer Saw it All My Dear: From the Beginning of TV To Miles Davis and Through Norman Mailer

It was with great heartbreak, that I learned that a friend of mine passed away today. Beverly Bentley was a actress, an activist who marched in every rally there was and called Washington on a regular bases. She was fierce and one of a kind. She had a love affair with Miles Davis and was the white women he was arrested for outside of “Birdland.” Miles said her name was Judy, because she was also dating and later married author Norman Mailer. She spent time in Spain with Hemmingway. She got legendary folk singer Bob Dylan his first major gig in New York City on April 11, 1961, opening for iconic blues artist John Lee Hooker in Greenwich Village, because she was friends with Hooker.

I first met Beverly through Clyde Shelby. We became close when she nurtured me through a relationship where the secrets of her life, unveiled some disturbing coincidences to mine. Hello, Monroe Inker. She regaled me with stories of her life, Peter Ustinov, Rip Torn, Jackie Gleason, Peter Lorre, Mike Todd, blues, jazz and theatre. I was with her at Norman’s memorial in New York. Sadly, we lost touch. 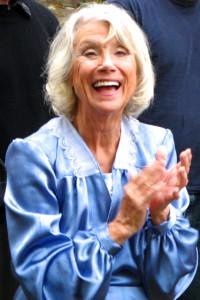 Beverly Bentley was born in Atlanta, Georgia in 1930 and has made her home in Provincetown, Massachusetts for 50 years. Beverly has had a long and distinguished career in television, film, and theater, beginning during the Golden Age of television in the 1950s, when she appeared regularly on the “Arthur Godfrey Show,” “Beat the Clock” with Bud Collier, “The Big Payoff” with Bess Meyerson, “The Price Is RIght” with Bill Cullen, and such dramatic series as “Naked City,” “The Defenders,” and “Studio One.”  In Canada she starred on CBS in Anouilh’s “Eurydice” opposite William Shatner, and “The Tiger at the Gates,” with Anthony Quayle. She appeared on Broadway in Romanoff and Juliet, The Heroine and The Lovers. 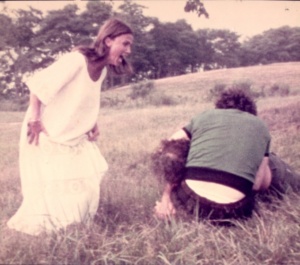 In The Dear Park 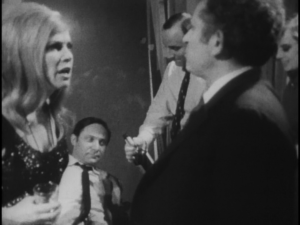 Off-Broadway, she was featured in Norman Mailer’s The Deer Park and Why Are We in Viet Nam?, Leroi Jones‘ Dutchman and The BIg Knife, as well as numerous summer stock productions. Film credits include her debut in Elia Kazan’s “A Face in the Crowd”, Mike Todd, Jr.’s “Scent of Mystery” (aka, “Holiday in Spain”), Norman Mailer’s trilogy “Wild 90,” “Beyond the Law,” and “Maidstone,” as well as the cult horror film, “CHUD.” 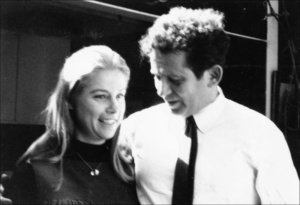 Beverly had a long association with theater both in Provincetown and throughout Cape Cod. In the 1960s, she was one of the founders of the ACT IV theatre company that performed in the basement of the Gifford House and featured early performances by then-unkowns Al Pacino, John Cazale, and Jill Clayburgh. She has appeared in Provincetown productions of The Lion in Winter as Eleanor of Aquitaine, and Men’s Lives, as well at the Tennessee Williams Festival directed by David Kaplan. She is especially recognized for her appearances at the Payomet Theatre as Dona Ana in Don Juan in Hell and Audrey Wood in Mr. Williams and Miss Wood.  She performed Love Letters to great acclaim throughout the Cape with the late Guy Strauss, the founder of Payomet.

Beverly is the mother of actor Steven Mailer and film producer Michael Mailer.

Suzanna BowlingDecember 10, 2021
Read More
Scroll for more
Tap
Saying Good-Bye To Marin Mazzie Way Too Soon
From All My Children, Mama’s Family, A Coupla White Chicks and In the Bleak Midwinter T2C Talks to Dorothy Lyman