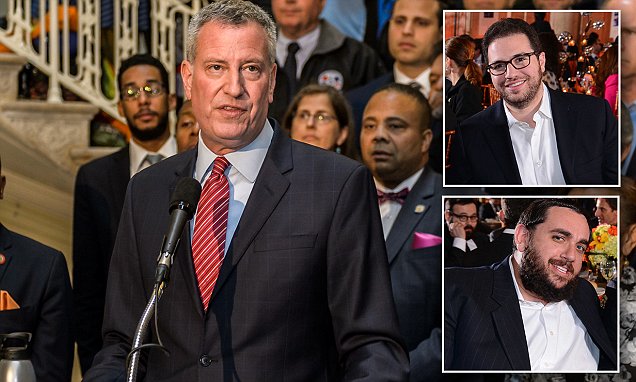 Bill de Blasio and the Trail of Money Concern the FBI

Bill de Blasio and the Trail of Money Concern the FBI

Bill de Blasio took $9,900 from businessman Jona Rechnitz of JSR Capital and his wife and now it is being returned. According to the New York Daily News. Dan Levitan spokesman for the mayor said: “We are fully confident that the campaign has conducted itself legally and appropriately at all times.”

The reason for the return is Rechnitz and businessman Jeremy Reichberg are being looked at in a federal corruption probe. It is alleged that the two men allegedly gave the NYPD money and gifts so they could get favors and it started with New York City Correction Officer’s Benevolent Association president Norman Seabrook being investigated by Manhattan US Attorney Preet Bharara. Deputy Inspector James Gant and Deputy Chief Michael Harrington have been relieved of their guns and badges, and Deputy Chief Eric Rodriguez and Deputy Chief David Colon were both transferred.

Rechnitz gave $50,000 to de Blasio’s controversial nonprofit Campaign for One New York, and gave $102,000 when the mayor sought assistance in getting a Democrat-controlled New York State Senate, according to the Daily News. Rechnitz, also raised over $40,000 worth of bundled contributions for the mayoral campaign. de Blasio is not returning those contributions.

Over $14,000 Rechnitz donated to Sen. Adriano Espaillat is also being returned by the Democratic state senator.

The FBI is probing into the way people who work in real estate are asked for campaign money by de Blasio. Ex-campaign treasurer Ross Offinger’s fundraising activities are also being looked into.