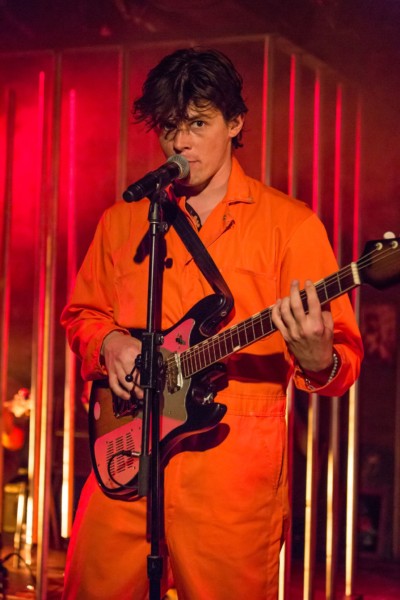 Billy and The Killers To Rock and Not Enough Roll

Billy and The Killers To Rock and Not Enough Roll 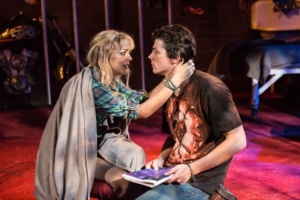 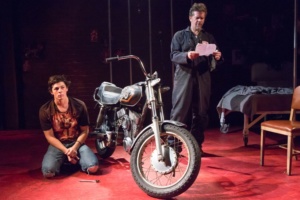 We meet Billy (Adrian Blake Enscoe) in prison and we go back to see how he landed in jail. Billy is a songwriter and a artist whose subject matter is violent and disturbing. He lives in a trailer park with his ex-con father (Tom O’Keefe, Bedlam’s Vanity Fair), who cares about the boy. He has written a lot of the material to catch the eye of Nell (Sydney Shepherd, First Date), a kindred spirit, whose just as fascinated with death. She wants to become a singer and sees Billy as her kindred soul mate. Billy’s dark vision mixed with Nell’s rebellious nature is a volatile combination. Nell becomes pregnant and not with Billy’s child. She comes to Billy to get the money for an abortion, not disclosing the father, but leaving clues. When Nell is brutally murdered, the police (Paul Sadlik) listens to Billy’s music and sees Billy’s art which depicts part of the crime scene and drawn in blood. Billy is accuse him of the crime, but his father gets him a lawyer (Sean McDermott), who has more secrets than Billy. In the end Billy’s father makes the biggest sacrifice of all to save his son from jail. 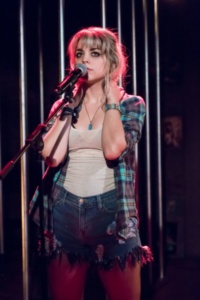 The music by Peter Stopschinski (original music for Pulitzer Prize Drama The Curious Case of the Watson Intelligence) is 80’s rock, which if it weren’t so loud and had better lyrics would have been enjoyable. It is well sung. The HERE is a small theatre and you don’t need to eat your mike and yet, you would think we were at the Palladium. The amazing musicians Martin Isendberg on bass, Aaron Russell on drums, Jason Kohler on guitar and Geoffrey Ko on keys and conducting are excellent. The sound is smartly designed by Rate Terrizzi, who put the musicians behind plastic walls, as if in a sound recording studio, which thankfully muted the over produced sound. Another problem is the songs do not seem to fit the plot and with lyric such as “kill yourself, kill yourself”, this is not family friendly. Ironically the title turned off all my friends and I could not find one person to go with me.

The book is generic and the dialogue thin. I guessed the plot about 15 minutes in. The direction by Craig J. George does not help, as the dialogue breaks into song for no reason at all except to put on a concert.

Adrian Blake Enscoe has pipes! and the harmonies especially with Sydney Shepherd are beautiful. This duo has charisma, as well as play a multitude of instruments. Tom O’Keefe manages to bring heartache and fatherly love to his role and Sean McDermott talent is wasted.

What is done well is the set by Margaux Maeghit, which was perfect for the small venue. Also the haunting lighting design by Cha See is perfectly suited.