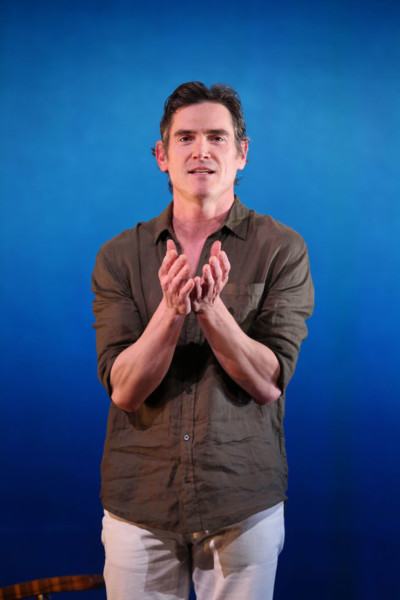 She Says: Billy Crudup Brings a New Take to the Talented Mr. Ripley in Harry Clarke

She Says: Billy Crudup Brings a New Take to the Talented Mr. Ripley in Harry Clarke

“I could be myself if I had an English accent.” 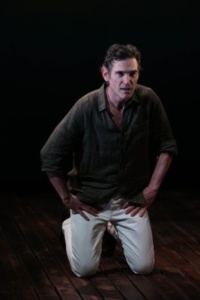 I have been a Billy Crudup fan since “Almost Famous,” but it was “Stage Beauty” where I became enamored with his acting chops. Mr. Crudup now embodies Harry Clarke, or should I say, Philip Brugglestein, in a one-man, tour-de-force show at the Vineyard Theatre. Crudup weaves his way through this material and endears us to Philip aka Harry Clarke, despite the explicit con job. At eight, Philip discovers a hidden persona, who speaks with an English accent, which does not bode well with his father or the rest of Indiana. He is bullied, beaten, and condemned before he ever has a chance to decide what his sexuality is. Following the death of his parents at 18, he sells the family house and moves to New York City to start his new life, with a new name and the persona he has been working on since he was young. On impulse, he follows a stranger, becoming a stalker. He meets his obsession, Mark Schmidt, at an off-Broadway theater. In time, Harry embeds himself into Mark’s wealthy family. He lies about who he is, stating he spent the past 20 years working with the pop singer Sade. He longs for Mark and in the end conquers him, then moves on to his sister and his 67-year-old mother. Or does he? You never really know if what Harry is saying is true or not.

The set designed by Alexander Dodge sets the finale before we already get there.

Billy Crudup is in that small, but mighty group, that no matter what the material, we can expect an award-winning performance. Mark my words, he will be on everyone’s list come award time and it will be well deserved.

Suzanna BowlingMay 17, 2022
Read More
Scroll for more
Tap
He Says: Harry Clarke The Talented Mr. Billy Ripley Does A One Man Show
Countdown To Christmas: Angels We Have Heard on High