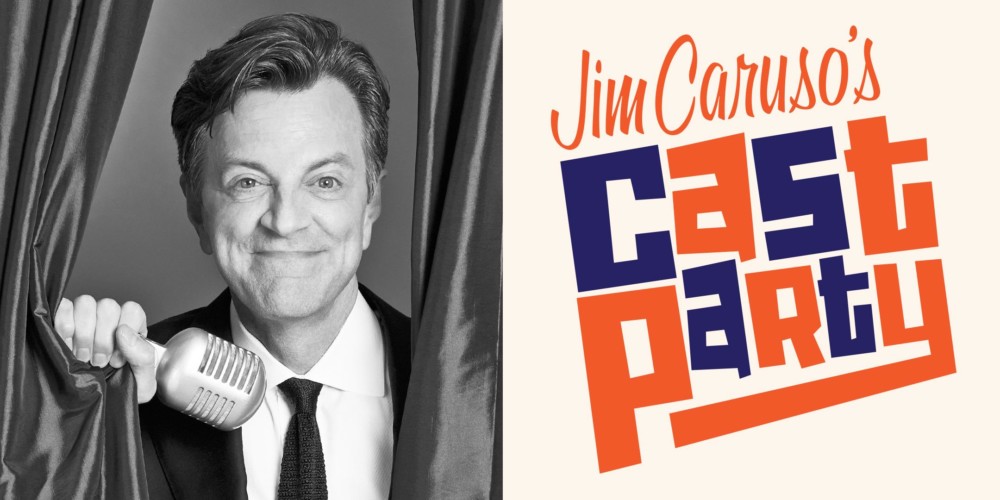 Birdland Jazz Club will present a special edition of Jim Caruso’s Cast Party – the weekly talent celebration that has been in residence every Monday for almost two decades – to commemorate the event’s 19thAnniversary on Monday, July 11 at 9:3o PM. Caruso will welcome a roster of show business luminaries to help mark this unprecedented run. The evening will also recognize one-year since the legendary music venue reopened its doors after the national arts shutdown. Birdland is located at 315 West 44th Street in New York.

“Jim Caruso’s Cast Party” is a wildly popular open mic night that has brought a sprinkling of Broadway glitz and urbane wit to Birdland in New York City every Monday night since 2004. It’s a cool open mic night and hilariously impromptu variety show in which showbiz superstars hit the stage alongside up-and-comers, serving jaw-dropping music and general razzle-dazzle. “Cast Party” is the ultimate spot to mix and mingle with talented show folk and their fans. The buoyant, sharp and charming Caruso guides the entire affair, while musical genius Billy Stritch (Liza Minnelli, Tony Bennett) holds court at the ivories and leads the Cast Party Symphony Orchestra (Steve Doyle on bass and Daniel Glass on drums). The best part is that the audience is invited to participate in the musical festivities. More information is available at www.CastPartyNYC.com

Jim Caruso made his Broadway debut alongside Liza Minnelli in the Tony Award-winning Liza’s At The Palace!, singing, dancing and celebrating the music and arrangements of Kay Thompson and the Williams Brothers.  He has won six MAC Awards and eight BroadwayWorld Awards for his work in nightclubs, performed with the New York Pops in a tribute to Kander & Ebb, with Rosemary Clooney celebrating Bing Crosby, and sang the songs of Hope & Crosby with Michael Feinstein at Carnegie Hall. Jim was honored to sing with Barbara Cook, Lauren Bacall and a bevy of Broadway stars at President Clinton’s First State Dinner at the White House. For seventeen years, he has hosted the weekly showbiz bash “Jim Caruso’s Cast Party” at Birdland, Jazz at Lincoln Center and across the country. Most recently, he stormed YouTube with “Pajama Cast Party.” He also books and produces the “Broadway at Birdland” concert series, and performs regularly with Billy Stritch at Bemelmans Bar at The Carlyle Hotel. Jim’s two CDs, The Swing Set and Caruso Live and In Person are available online. www.Jim-Caruso.com

Suzanna BowlingOctober 30, 2022
Read More
Scroll for more
Tap
Patti Murin Comes To Feinstein’s/54 Below
Johnny Mathis Is Back And Better Than Ever