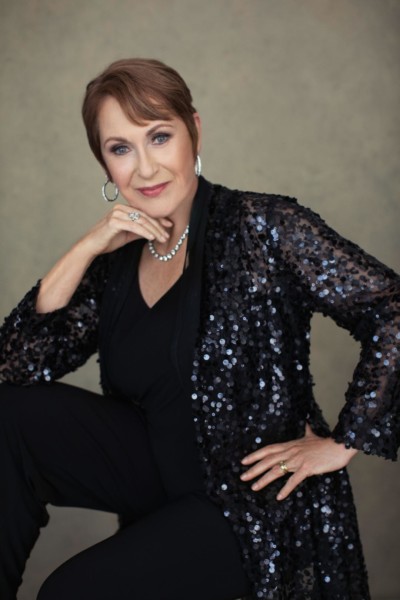 Birdland Jazz Club will present acclaimed vocalist and songwriter Amanda McBroom in her new show “Crimes of the Heart” on Monday, May 2 at 7:00 PM. McBroom’s concert will feature songs of passion, politics, and just plain love, written by the likes of Stephen Sondheim, Irving Berlin, Leonard Cohen, and of course, Amanda McBroom. Her longtime collaborator Michele Brourman serves as musical director.There is a $40 music charge. Birdland is located at 315 West 44th Street in New York.

Amanda McBroom came to the attention of the public in 1979 when Bette Midler’s version of Amanda’s song “The Rose” hit number around the world. In addition to Midler, her songs have been recorded by a wide variety of artists including Amy Poehler and Jack Black, Barry Manilow, Judy Collins, Barbara Cook, LeAnn Rimes, Anne Murray, Harry Belafonte, Stephanie Mills, The Manhattan Transfer, Donny Osmond, Kurt Cobain, Nana Mouskouri, Conway Twitty, and The Chipmunks. Amanda’s performance of “The Rose” on the Golden Globes convinced audiences worldwide that the best interpretations of McBroom songs are by McBroom herself and applaud her in concert halls around the world from Carnegie Hall to Angel Place Recital Hall in Sydney, Australia.

She has received a Golden Globe Award, a Grammy nomination, the Johnny Mercer Songwriter of the Year Award, and the Mabel Mercer Lifetime Achievement Award. With her writing partner, Michele Brourman, she has written lyrics for 19 Universal Animation features, including the Land Before Time series and Curious George. She was also a featured lyricist for the classic TV series “Cop Rock.” Amanda has written two musicals, Heartbeats and A Woman of Will, and is lyricist for Dangerous Beauty, which had its world premiere at the Pasadena Playhouse. Her ninth album of original songs, Voices – featuring a duet with country star Vince Gill – was released on her label Gecko Records, and went to #1 on Amazon. Her 2021 single, “Send in the Clowns,” is a tribute to the late Stephen Sondheim. Amanda’s music is available on Apple Music, Amazon, and www.amcbroom.com.

Birdland Jazz Club will present Amanda McBroom on Monday, May 2 at 7:00 PM. There is a $40 music charge and a $20 food and beverage minimum. Birdland is located at 315 West 44th Street (between 8th and 9th Avenues) in Manhattan. For reservations, please call (212) 581-3080 or visit www.BirdlandJazz.com.