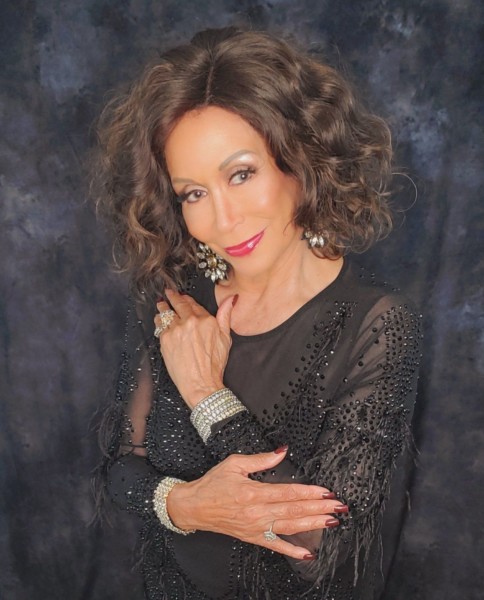 Birdland will present Freda Payne in her album release concert “Let There Be Love” for one show only on Monday, November 22 at 7:00 PM. The acclaimed Grammy-nominated R&B and jazz chanteuse – who shot to fame with her #1 hits “Band of Gold,” and “Bring the Boys Home” – is celebrating her latest recording, an EP of duets with Kurt Elling, Dee Dee Bridgewater, Kenny Lattimore, and Johnny Mathis, featuring arrangements for a 30-piece big band by Grammy-winner Gordon Goodwin. The album, recorded at the iconic Capitol Records Studio ‘A’ in Hollywood, demonstrates her ability to sell a lyric vocally and her facility with jazz, swing, and improvisation. At Birdland, Payne will be joined by Frank Owens on piano, leading an all-star trio. There is a $40 music charge. Birdland is located at 315 West 44thStreet in New York.

Payne is also celebrating the release of her new book Band of Gold: A Memoir, written with Mark Bego and featuring an introduction by the late Mary Wilson of The Supremes.

Freda Payne got her start singing with big bands and then sang with Duke Ellington in New York where she landed her first record deal, a jazz album on Impulse! Freda went on to perform with Quincy Jones’s big band and recorded with the legendary producing team of Holland, Dozier & Holland on Invictus. Her first gold record “Band of Gold” became an instant pop smash, reaching #3 in the US and #1 in the UK for six consecutive weeks, eventually selling two million copies. The singer has graced the stage in such Broadway shows as Jelly’s Last Jam, Sophisticated Ladies, and Blues in the Night. She’s recently toured the country with her tribute to Ella Fitzgerald. She was a Grammy nominee for Best R&B Vocal Performance for “Band of Gold” and for the album Contact. More recently, she performed on Fox TV’s “American Idol” and joined Kanye West, Jennifer Hudson, Barbra Streisand and more on “We Are the World” for Haiti Relief.