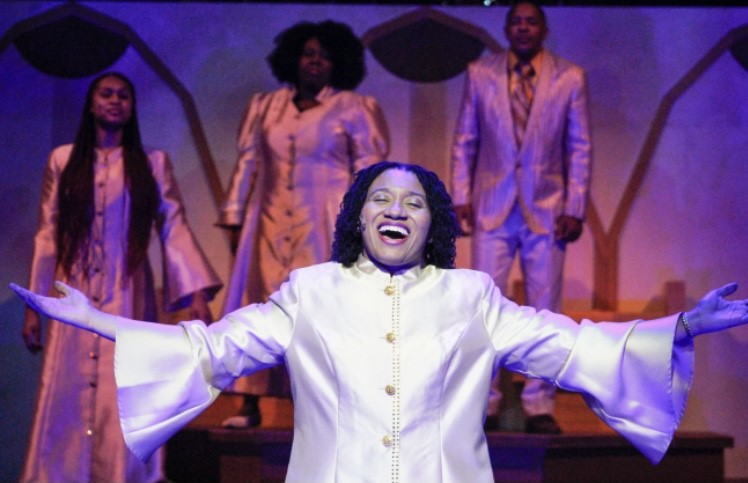 After an almost two year pandemic break, the Black Ensemble Theater is back in business and doing a necessary check in on everyone’s mental health. Titled “The season of healing and joy” the first show of the season celebrates faith, joy, self-esteem and self-worth. Jackie Taylor’s Its Just Like Coming to Church wears its earnestness on it’s sleeve. Trading their signature flash for a more subdued vibe, this story of a church choir is heavy on spirituality. The scaled down setting taking a back seat to powerful songs of praise and promise. Written and directed by Jackie Taylor, come for the inspirational ballads, spirituals, soul, jazz and hip-hop. 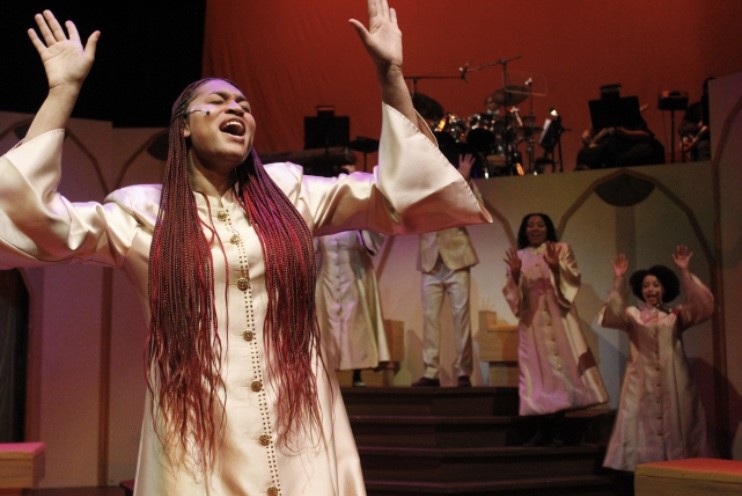 You would be hard pressed to find a leading lady with more vocal chops than Dawn Bless. Starting her 16th season with The Black Ensemble, here she is cast as Preach, the head of the church choir. She speaks exclusively in rhyme, think Motor Mouth Maybelle from Hairspray the Musical but with a secular slant. I have been a fan since her starring role in the award winning award A New Attitude: In Tribute to Patti LaBelle. Instead of kicking off her shoes, here Bless blows the roof off of the joint with power ballad after power ballad. God bless Ms. Bless! 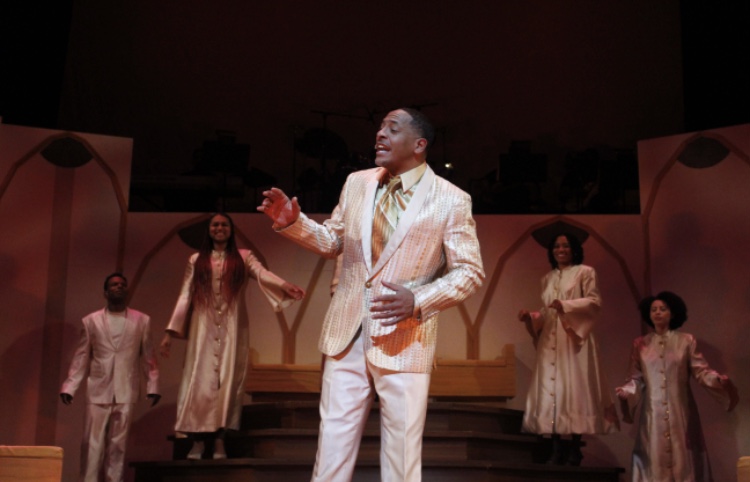 The real surprise is Vincent Jones as Deacon Jones. Normally this actor is just cast as the handsome ladies man, winking and smiling coyly at the women in the first few rows of the audience. Here is really got the opportunity to sing from his soul and absolutely blew me away. Here is hoping this role will be a page turner for this talent from here on out. 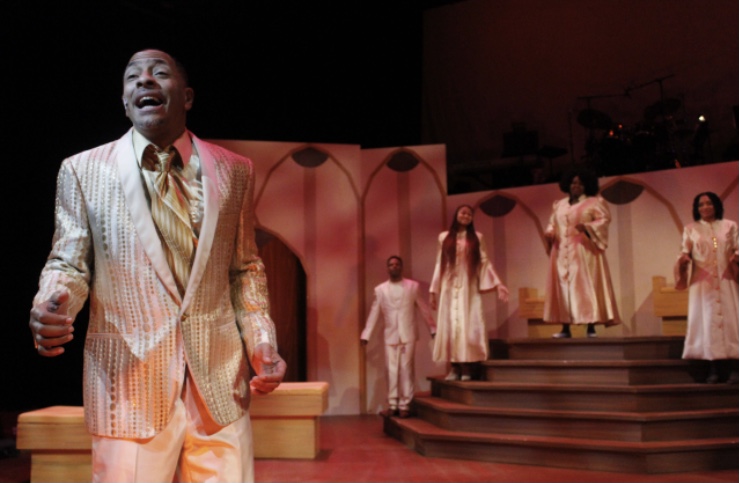 The remaining Choir of Griots, or storytellers, each had the opportunity to shine with two musical solos and compelling backstories. MJ Rawls is Michelle, a Black trans activist, a character loosely based on the performer herself. Ciarra Stroud is Leah, a lovely young woman struggling with her own identity as a light-skinned Black woman in a family of darker-skinned people. Her mother’s cutting words haunting her into adulthood. Noelle Klyce’s Maven is the thirsty, wanton woman whose own past of sexual aggressiveness hid deep issues of self-worth. Rounding out the quartet, visibly nervous newcomer, Deshaun Peters as Will. Under the direction of talented vocal arranger Robin DaSilva, I am sure his greenness will soon be sculpted into more nuanced characterizations. 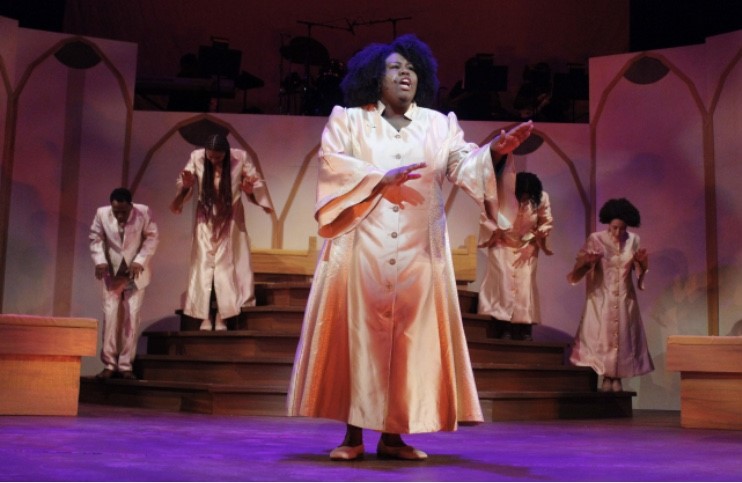 Between the powerful vocals repeatedly on display, the book felt like self-help filler, much like reading the meditation and mindfulness pages of any supermarket glossy magazine than a solid script. The overlong “Anxiety Depression” vignette, Jordan comically hidden under a tattered piece of fabric, worked best as a metaphor. The actual visual felt like something out of a senior class theater project. Depression and anxiety are very real things, the Muppet-like visual undercut any legitimate point being made here by MJ Rawls and that did a disservice to the poignancy of her performance. 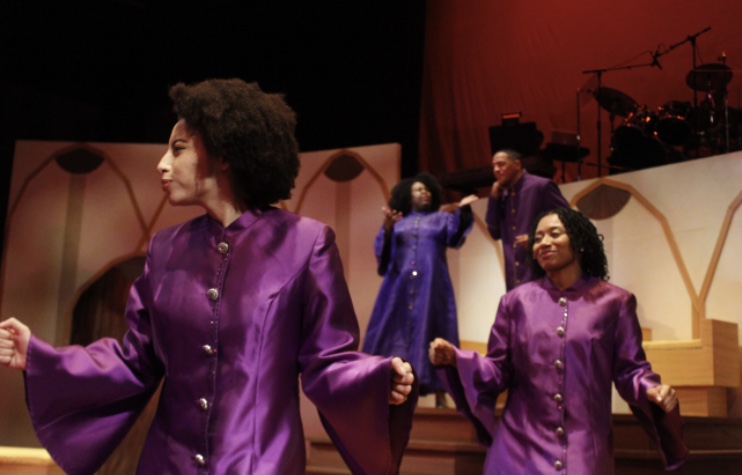 Denise Karczewski’s light design was effective. I can only assume Bek Lambrecht’s minimalist set was  crafted as to not distract from the vocal talents of the sextet on stage. Even Evelyn Danner’s wardrobe was scaled back significantly from previous productions. Normally the Black Ensemble Theater’s costuming is more “look at those shoes” as apposed to “hmmmmmm is she really wearing those shoes?” I am guessing we should not treat “church” like a fashion show runway, but then explain all those Tyler Perry movies to me? I digress. Drummer and musical director Robert Reddrick in fine form as always. 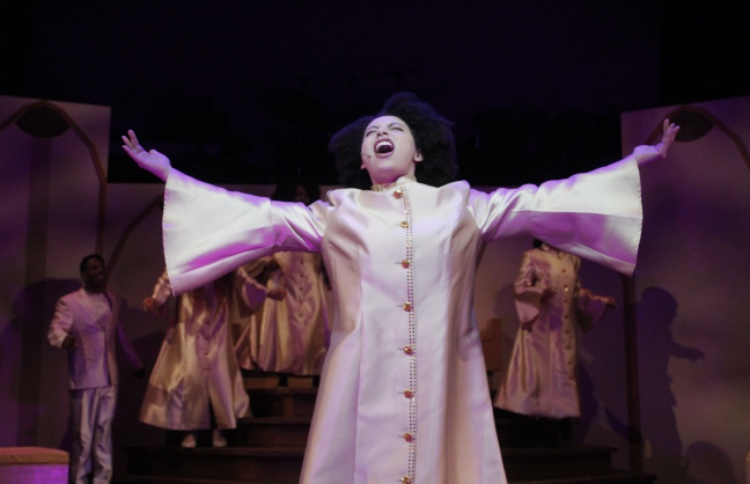 The Black Ensemble Theater Presents It’s Just Like Coming to Church was organized in a socially distanced format, a solid 90 minutes, no intermission. The concession stands are closed and food and drink are currently not welcome in the theater. What is welcome is the return of a troupe that when they sing is absolutely heaven. Dawn Bless and Vincent Jordan carry the show, and for this Church, they are the real guardian angels. 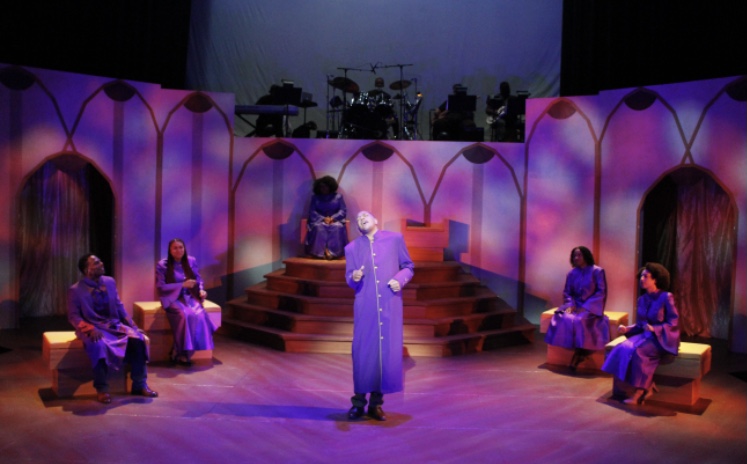 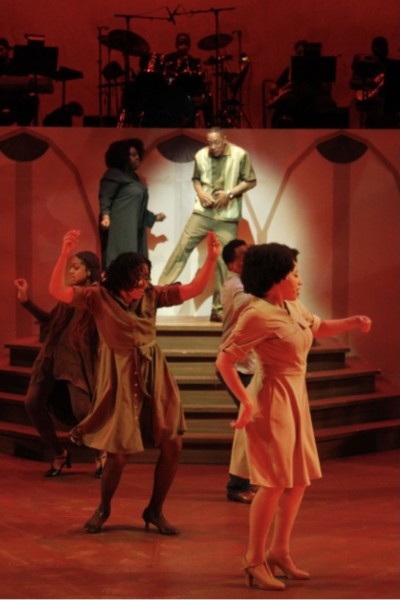 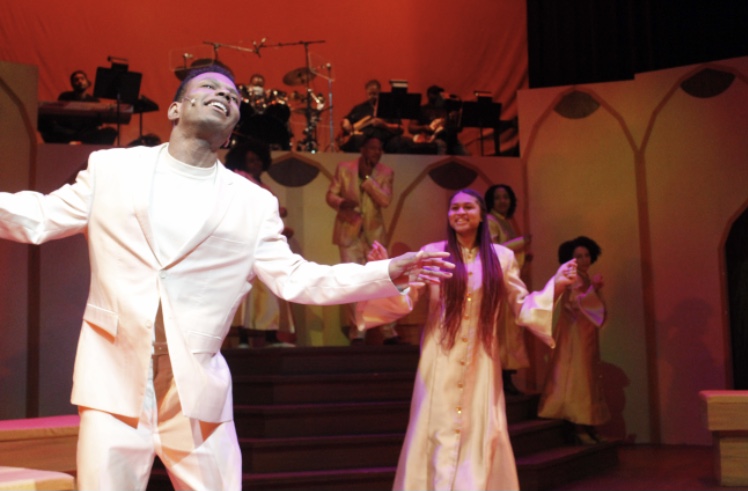 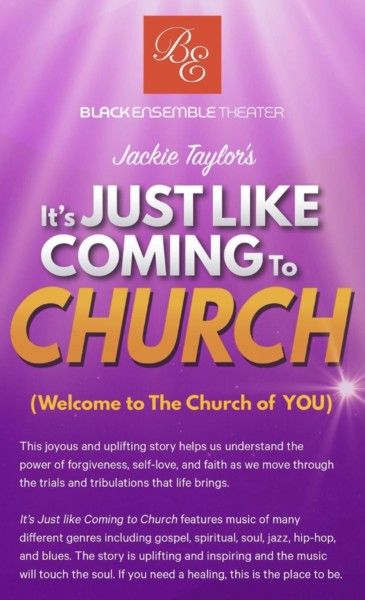