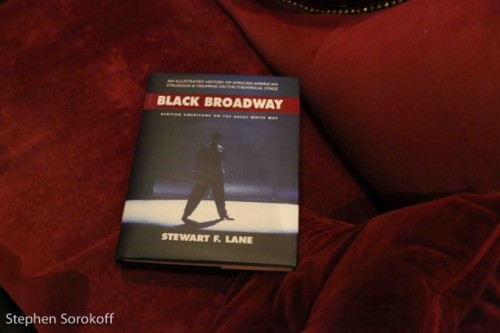 On February 2, 2015, Square One Publishers releases Black Broadway: African Americans on The Great White Way by six-time Tony Award winning producer and author Stewart F. Lane (La Cage aux Folles, A Gentleman’s Guide…, War Horse). Uniquely illustrated with over 300 dynamic photographs (many of which have never been published to date), Black Broadway chronicles the journey of black theatre in America, alongside a running timeline of African-American history. Celebrating the performers, playwrights, songwriters, directors, choreographers and designers who changed theatre throughout America and the world, Lane offers a detailed account from Minstrel Shows to Vaudeville, from the Jazz Age to the Golden Age of the American Musical, through the dramas inspired by the Civil Rights Movement to the present day Broadway.

“For decades, African Americans have struggled to become a part of Broadway, and while the fight continues, many battles have been won and significant changes have been made,” says Stewart Lane. “It is my hope that this book serves as a guide to many people who have blazed a trail to the Great White Way and made it more accessible to everyone – black and white – who seeks to entertain and enlighten through the performing arts.”

Stewart F. Lane is the six-time Tony Award-winning producer of La Cage Aux Folles, The Will Rogers Follies,Thoroughly Modern Millie, The Two and Only, War Horse, and A Gentleman’s Guide to Love & Murder. He has also produced in London, where his shows have won an Olivier. He has served on the Board of Directors of the New York State Theater at Lincoln Center and the Transitional Committee, where he appointed both the Commissioner for Cultural Affairs and the Commissioner of Film, Theater, and Broadcasting. Currently, he serves on the Board of Gov.