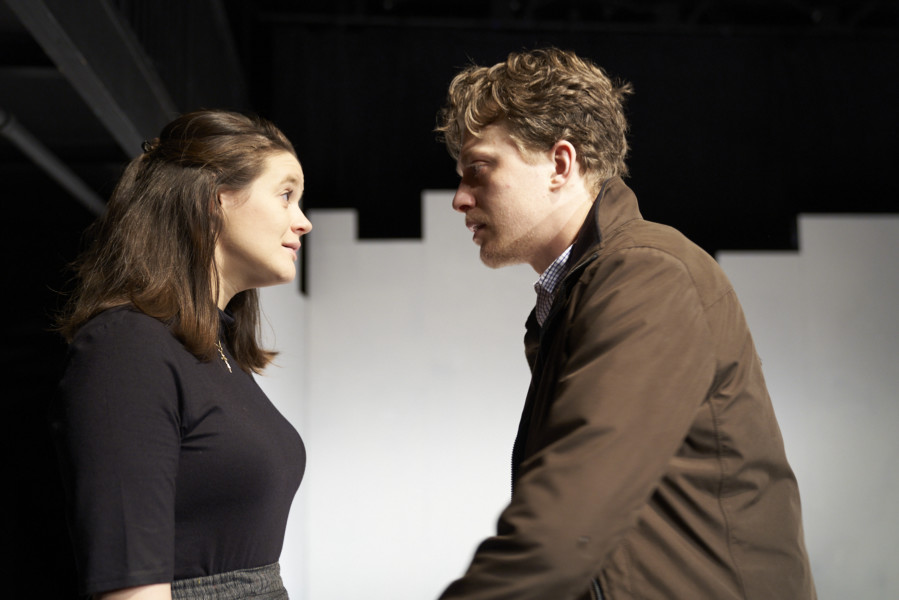 Blackfriars Repertory Theatre and the Storm Theatre presents a new production of Buzz McLaughlin’s Sister Calling My Name directed by Peter Dobbins (Ah, Wilderness!;The Rainmaker). Performances began on January 24 for a run through February 16 in the Black Box Theater at The Sheen Center for Thought & Culture (18 Bleecker Street at the corner of Elizabeth Street, NYC). Opening night is set for January 30 and this marks the play’s New York premiere. Sister Calling My Name is about a brother’s reluctant reunion with his developmentally disabled sister who has become an extraordinary artist.  When he discovers his sister’s guardian, a nun, is a woman he knew from his past, the three are all thrown into an emotionally charged encounter that leaves them forever changed. The play deals with issues of love, loss, faith, doubt, family, and redemption.

The cast of Sister Calling My Names features Susie Duecker (As You Like It; The 12 Dates of Christmas), John Marshall (The Imbible; Apple Seed) and Gillian Todd (The F; Orestes 2.0). Sister Calling My Name features scenic design by Daniel Prosky, costume design by Jake Poser, lighting design and production coordination by Michael Abrams, and sound design by Ian Werhle. Kellie Taylor is the stage manager and assistant director and Fleur Alys Dobbins is the associate artistic director of the Storm Theatre. “Buzz McLaughlin’s Sister Calling My Name takes us on the difficult journey home”, said director Peter Dobbins. “It’s a trip often avoided as there can be regrets and recriminations at every turn, but this gripping memory play takes us through the struggles of reconciliation to the most sublime of rebirths.”

Sister Calling My Name plays at The Sheen Center in The Black Box Theater (18 Bleecker Street at the corner of Elizabeth Street, NYC). Performances are Thursday – Friday at 7:30pm and Saturdays at 2pm & 7:30pm. There is a special Sunday matinee added on February 17 at 2pm. Opening night is January 30. Tickets are $35. Tickets/reservations for all events at The Sheen Center for Thought & Culture are available online at SheenCenter.org, by phone at 212-925-2812, and in-person at The Sheen Center box office (Monday through Friday 11:00am to 5:00pm and one hour before shows).