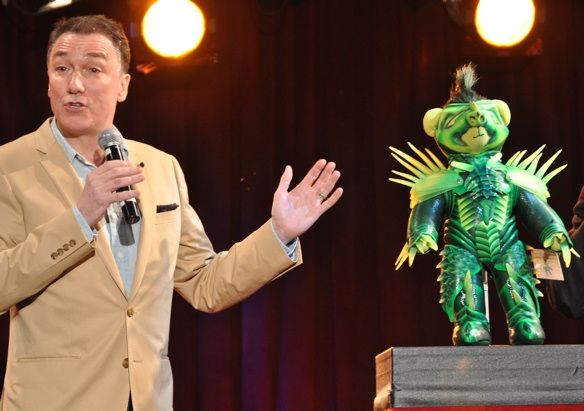 Patrick Page with The Green Goblin from Spiderman

The top bid for the 2012 auction went to a stunning recreation of Joey from the Tony Award-winning War Horse. Designed by Barak Stribling and Jamie Filippelli and based on the working drawings the Handspring Puppet Theatre used for the Broadway production, the Joey bear came complete with his own bear handlers. Seth Numrich, who starred as ‘Albert’ in the Broadway production, signed the bear and helped lead the live auction bidding to a staggering $20,000 final price tag.