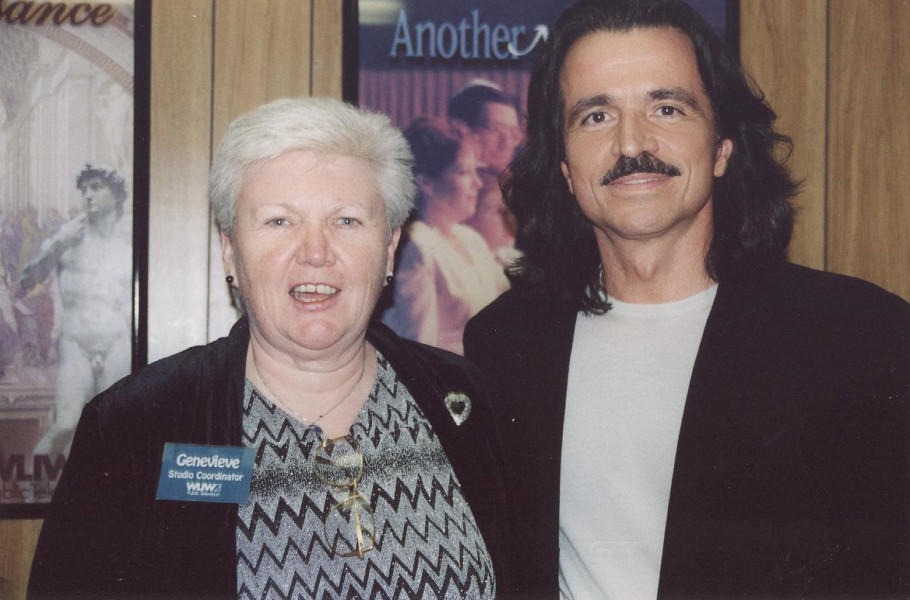 From my days at  WLIW TV21, Yanni, the Greek composer, keyboardist, pianist, and music producer who received international recognition by producing concerts at historic monuments and by producing videos that were broadcast on public television. His breakthrough concert, Live at the Acropolis, yielded the second best-selling music concert video of all time.

At least sixteen of Yanni’s albums have peaked at No. 1 in Billboard’s “Top New Age Album” category, and two albums (Dare to Dream and In My Time) received Grammy Award nominations.

Rita Moreno’s career has spanned over 70 years; among her notable acting work are supporting roles in the musical films Singin’ in the Rain, The King and I and West Side Story, as well as a 1971 to 1977 stint on the children’s television series The Electric Company, and on HBO series Oz.

Moreno is one of the few artists to have won an Emmy, a Grammy, an Oscar and a Tony. She also has been given various lifetime achievement awards and the Presidential Medal of Freedom, America’s highest civilian honor.