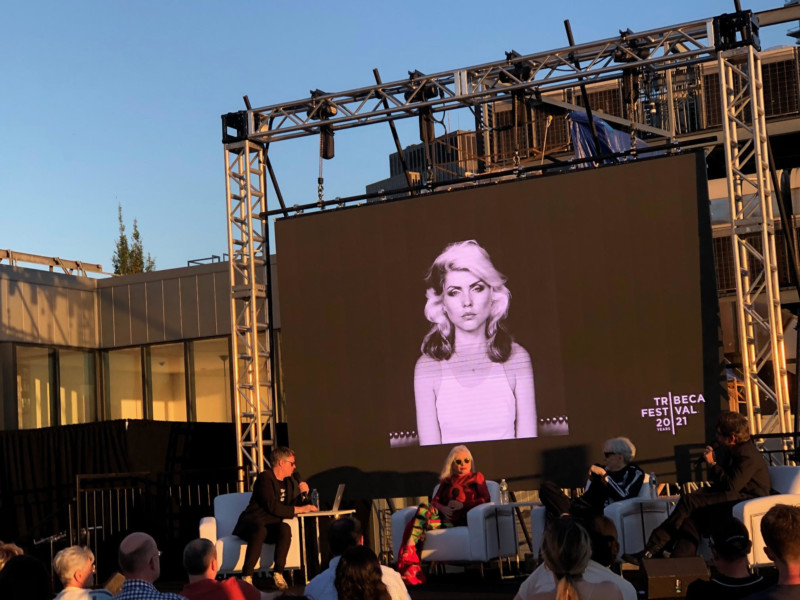 They brought rapture to New York City all over again.

Blondie took center stage at Tribeca Festival this weekend for an electrifying session at Storytellers. Debbie Harry, Chris Stein and Clem Burke were on hand at a sold-out panel where they talked about their favorite New York City moments, as well as the trials and tribulations that made them one of the most iconic bands in history.

The audience came to learn fun facts like Harry loved kissing Basquiat while filming once before she bought his painting “Cadillac Moon;” and that a film she says captures the Big Apple best is “Taxi Driver.”

Director Rob Roth lead the wildly entertaining Storytellers conversation where they discussed their chart-topping success and fearless spirit, which led to induction into the Rock & Roll Hall of Fame in 2006.

Clem and Chris reflect back on their favorite Andy Warhol memories, saying they loved “shooting guns in Andy’s factory. No joke. We miss that factory.” The group also discusses the constant changes happening in New York City. Chris humorously makes a comment saying “Today, there’s not enough of a distinct group of weirdos.”

From irreverent Lower East Side punk outfit to bona fide music legends, Blondie will forever be synonymous with the punk spirit that lives in all of us. The band’s influence has shaped the worlds of music, fashion and art. Comprised of founding members Debbie Harry, Chris Stein and Clem Burke, Blondie’s chart-topping success and fearless spirit led to induction into the Rock & Roll Hall of Fame in 2006. Rob Roth is an artist and director based in New York City. Roth works in a variety of media including film, theater, audio, and installation to create his richly textured works. Together, these four riveting artists will take us on a journey of musical storytelling.D