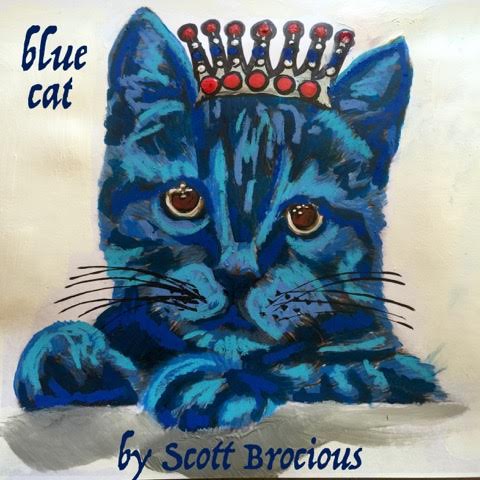 Blue Cat Has Talented Playwright, But Mixes Too Many Issues

Blue Cat Has Talented Playwright, But Mixes Too Many Issues

Scott Brocious new drama Blue Cat is one of the many talented submissions to the NY WinterFest. Mr. Brocious also directs his piece and it is well directed, written and performed, but there are so many issues going on that you will leave the theatre feeling like you have just survived a tornado. Since we are in a politically charged climate, tackling every issue in the universe is not the best choice. This show would actually make a great trilogy.

Blue Cat takes place eleven days before a state election. Gavin (Wade Dunham) is in crises mode due to standing by his beliefs, which doesn’t bide well in this electrical frenzied climate. Gavin is told to endorse Hillary Clinton for President in an attempt to salvage his own political career by his gay campaign manager Tom (Scott Brocious, yes the playwright). Gavin is not a Hillary fan and is reluctant to go that route. In the meantime Gavin’s assistant Jessie (Kimberly Gross) is truly into her boss, who I think he’s been sleeping with. That part was implied, but not really clear. Gavin’s wife Claire (Christina Maldia) swings both ways and is not sleeping with her husband, yet the two actually do love each other. They have a son who is gay, but has not come out except to Tom. How much Tom is involved again we don’t know nor do Gavin and Claire. Gavin is none to thrilled as he tries to battle his way through this emotionally roller coaster of a life.

In a strange sense this needs to be three different plays. The first; about Gavin and his political struggles, the second; about Gavin and Claire’s marriage and sexual discrepancy’s and the third about their son and Tom. Putting this all together doesn’t allow you to care about these people and if we don’t care then we lose interest. Mr. Brocious’s writing is savvy and witty so we stay tuned, just never connected.

The cast, all amateurs do well with their respective roles especially Ms. Maldia who we believe as a wife whose needs have not been met and who stands by her man.

These subjects are all highly relevant and I hope Mr. Brocious continues writing as he has a witty realistic way with dialogue; he just needs to be a little less ADD about it.