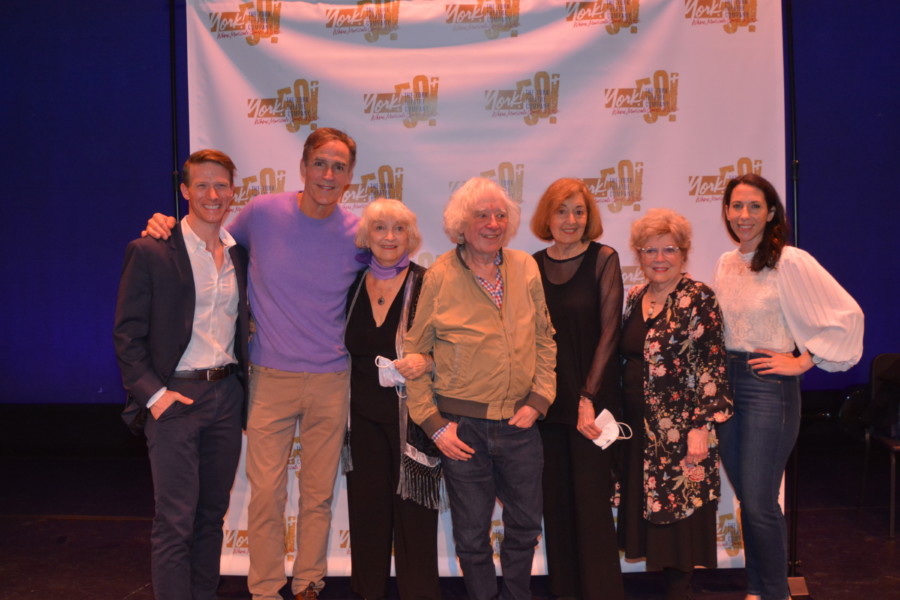 On Monday evening, October 18, 2021 at 7:00PM at The Theatre at St. Jean’s, The York Theatre Company presented a benefit New York premiere concert performance of the new musical Blue Roses. Directed by Austin Pendleton (Fiddler on the Roof) and with music direction by Nancy Ford (I’m Getting My Act Together and Taking It on the Road). Book and lyrics by Mimi Turque and music by Nancy Ford, Blue Roses is based on The Glass Menagerie by Tennessee Williams.

Tennessee Williams’ legendary play The Glass Menagerie, marking over 75 years since its Broadway debut, takes on new musical life in the form of Blue Roses. The classic story of a frustrated writer and the memories of his overbearing mother, his troubled sister, and the gentleman caller who will shatter their world is transformed into a haunting new musical from the team of composer Nancy Ford and lyricist and librettist Mimi Turque.

Blue Roses was rescheduled from April 2020 due to the pandemic