Blues in the Night – Serious Stompin’ in Chicago 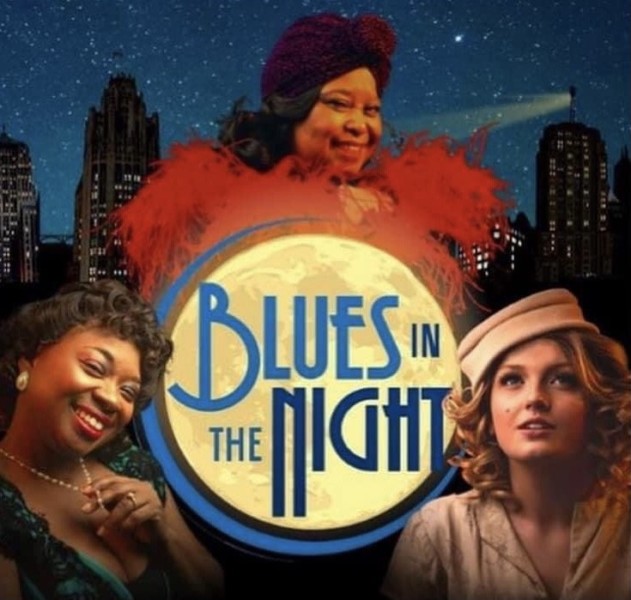 Blues in the Night – Serious Stompin’ in Chicago

Stephen Best
One of the many things I enjoy about Porchlight Music Theatre here in Chicago is no one dusts off a little-known musical for a revamping better than this talented team. Case in point, their latest restaging of the Tony Award-nominated musical revue, Blues in the Night. Set in a South Side Chicago hotel in 1938, Blues tells the stories of three women in a music heavy, dialog-free show. Aptly centered in The Windy City, the birthplace of the Blues, this revue left me smiling from ear to ear. If I may paraphrase a line from an old Muddy Waters song, this show absolutely “Got my Mojo Working.” For those not in the know, Blues in the Night features the music of Blues legends Bessie Smith, Duke Ellington, Johnny Mercer, Jimmy Cox and many more, while telling the layered stories of trio of women who share the common bonds of broken hearts, being done wrong by a man, and the very hotel each temporarily calls home. 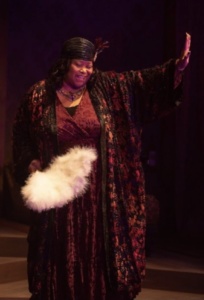 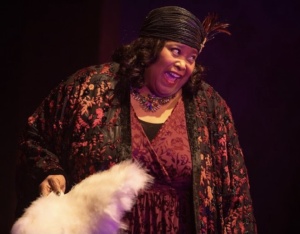 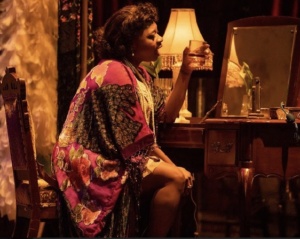 Directed and choreographed by Kenny Ingram, with musical direction by David Fiorello, Blues features a who’s who of Windy City talent. Tony Award-nominee, Felicia P. Fields, cast here as “The Lady From the Road” a dame wise beyond her years. A “seen it all, done it all” gentlewoman who previously worked on “The Chitlin Circuit.” A vaudevillian star of yesteryear yearning for a comeback that may never come, this “Lady” had the audience effortlessly wrapped around her little finger from her first song. “Take Me For A Buggy Ride” is a raucous and raunchy romp that proved an audience favorite the night I attended. Powerhouse vocalist, Donica Lynn, plays “The Woman of the World” was a winning combination of sexy and sass. Her character’s fleeting riches hidden well beneath authoritative vocal runs and sly choreography. Her take on “Rough and Ready Man” an act two highlight. Newcomer, Clare Kennedy, is “The Girl on a Date,” an ingénue looking for a new beginning in a new city. An auspicious debut, Kennedy squarely holds her own next to two seasoned veterans. Her “Taking a Chance on Love” and “Reckless Blues” proves we have only just begun to be impressed by this newbie. 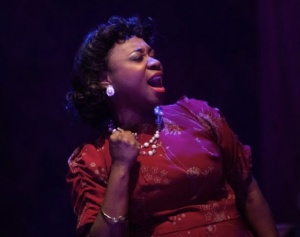 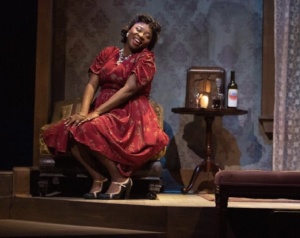 Not to be outdone by his female counterparts, the debonair, Evan Tyrone Martin, as the hotel’s resident singer, “The Man in the Saloon” proved suave and polished. His accomplished, silky-smooth vocals demonstrated best during the “Wild Women” and “Baby Doll” songs. New to this production, Terrell Armstrong’s character, “The Dancing Man,” a womanizing gigolo who romances all three leading ladies. Unique to Armstrong, his story unfolded exclusively through dance. His only lines expressed were through lovely and lyrical choreography, even though the character is a cad. The show is about the Blues, so we do need the requisite hotel lobby heartbreaker, a lithe and limber lothario, as it were. 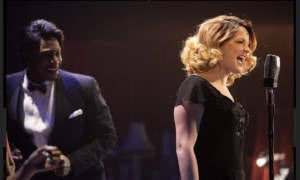 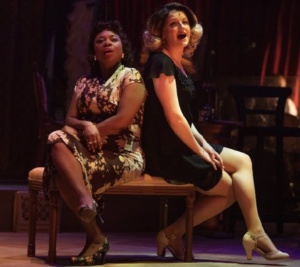 As for the music, Maulty Jewell IV was both the conductor and tickled the ivories of the piano. Bass player Rafe Bradford, trumpeter Ricardo Jimenez and Darius Hampton on reeds rounded out the band. Propped on the corner of the stage, but right in the thick of the action, song after song. Angela Webber Miller’s impressive set design allowed each character their necessary spot of privacy, but also worked effortlessly when the characters came together center stage, voices fused in luscious harmonies. Near the end of the show, Bessie Smith’s “Nobody Knows You When You’re Down and Out” the tragic troika’s ode to the fickleness of fortune, was simply sublime.  Brandon Wardell’s lighting, subtle yet sophisticated. The busiest costumer and wig designer in all Chicagoland, Ruben Echoles brought glamour and a worldliness to his triumphant trio of leading ladies. The third production to open in the same matter of weeks, Echoles also adorned the dynamic divas of Women of Soul, now playing at The Mercury Theater Chicago and the leading men of Queen of the Night, currently mounted at Victory Gardens Theater. 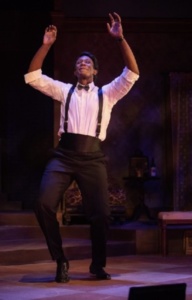 Honoring legends of the past with contemporary panache, Blues in the Night is a wonderful night out at the theater. This talented quintet instantly captures your heart while you find yourself simultaneously tapping your toe along to the infectious rhythms of both familiar, and not so familiar, Blues standards. Adding this to their pre-pandemic repertoire which included an all-Black production of Gypsy, Call Me Madam, Duke Ellington’s Sophisticated Ladies and Pump Boys and Dinettes,Porchlight Music Theatre proves once again there is some “serious stompin’ going on in Chicago.” Trust me baby, you will be singing the Blues if you miss out on this winning combination of talent and tunes. 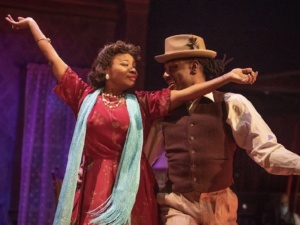 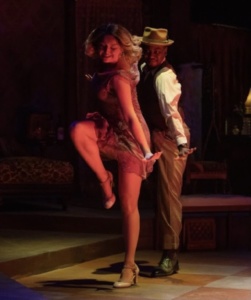 Porchlight Music Theatre presents Blues in the Night is now playing at the Ruth Page Center for the Arts through March 13, 2022 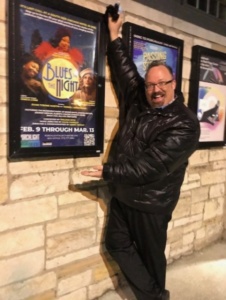