Boarder People A Symphony of the Down Trodden 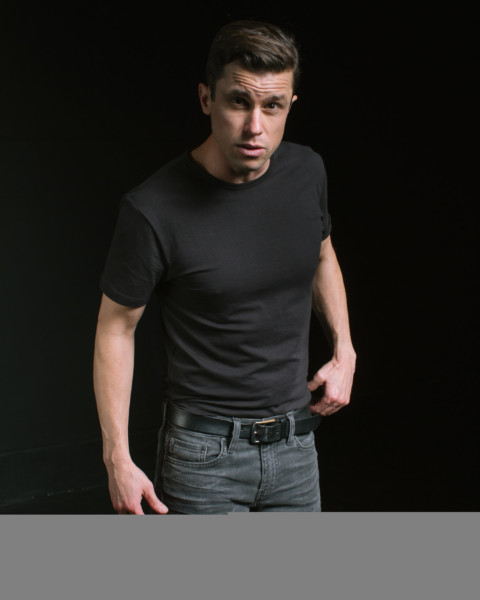 Boarder People A Symphony of the Down Trodden

“In Saudi Arabia, they are chasing me because I not enough Muslim. Now I’m running from US because I too much Muslim.” Hani

Dan Hoyle’s one man show Border People, presented by the Working Theater opened tonight at the A.R.T./New York Theatre, 502 West 53rd Street. This show originally had a 10-month sold-out run in San Francisco. Hoyle is extremely talented, but the show is highly misleading. Border People was crafted from conversations and interviews from around the country after President Trump’s election. Through them we meet a Latino cop, Jarrett, a six-foot-five martial arts ex vet, who is a black man from the South Bronx, now running a juice cart. Hani, is a Saudi Arabian without a country, Gareth a gay pagan goat rancher, who helps illegals, Noe is a homeless, HIV-positive and addicted to drugs. There is a popular DJ who works out a lot. Then there is a Honduran immigrant while escaping gang violence gets caught illegally crossing the boarder and is returned to Mexico. Altogether, there are 11 disconnected stories about people who do not always seem to be escaping boarders.

In the press release it states: Border People is a new piece of journalistic theater profiling those who live on or across borders, and is based on interviews and conversations with immigrants, refugees, asylum seekers and border crossers of all kinds yet Jarett only crossed a boarder because he was in the navy, Noe has stayed in Mexico and many of the other seem to have stayed in their own confines. I honestly did not see the connection between a lot of the storylines.

There are many who will love this piece, but both my guest and I just found it completely confusing. Talent driven, but scratch your head confusing.