Bob & Carol & Ted & Alice Missed Out on The Sexual Revolution 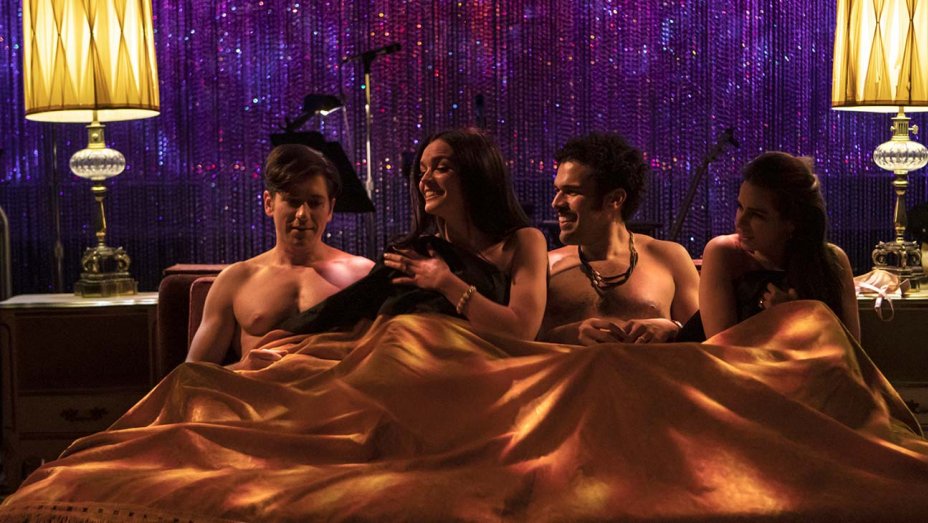 Bob & Carol & Ted & Alice Missed Out on The Sexual Revolution

I never saw the 1969 Paul Mazursky film Bob & Carol & Ted & Alice, but after seeing the new musical with the same name, in todays world the message seems pointless and out of date.

The music by Duncan Sheik and the lyrics by Sheik and Amanda McBroom sound like two long run in songs from the soft pop radio era. They are neither catchy, or interesting and border on bland.

This satire about the sexual revolution and the confusion it engulfed a generation in, is long gone. Group therapy, nudist colonies, sexual liberation is more of a see it, been there kind of thing. Maybe if book writer Jonathan Marc Sherman had something new to impart or had chosen a stronger stance this musical could have worked, instead it seems frozen in time.

The musical follows documentary filmmaker Bob (Joél Pérez, Fun Home) and his wife Carol (Jennifer Damiano, Next to Normal) who end up at a nudist, consciousness-raising weekend at “The Institute at Big Sur”. Carol embraces the ideology, but it is Bob who has a sexual relationship with a much younger woman during a business trip. Carol tells their straitlaced best friends Ted (Michael Zegen, The Marvelous Mrs. Maisel) and Alice (Ana Nogueira) , who are horrified and worried for Carol. The liberated Carol responds by sleeping with the tennis instructor. Needless to say Bob doesn’t react well, but Carol reassures him it was just sex. When Alice finds out Ted also has a fling, she demands that the four of them have an “orgy” that doesn’t end well. As liberated as these four would like to be, they are still conventional.

Grammy-winning singer-songwriter Suzanne Vega appears as a narrator of sorts. She adds some star wattage, but reads from the script and seems misplaced.

Presented by The New Group and staged by artistic director, Scott Elliott the show is almost two hours long with no intermission. It feels draining and lackluster. We never care about any of these characters and therefor can’t connect. The gimmick of having audience participation, turned out to be the most entertaining moments of the night, but beware of the first row unless you want to be pulled up to be a part of the show.

Jeff Mahshie’s costumes are a saving grace. I wish this style would come back, as they are ohh so groovy, sexy and fun.

A revival of I Love My Wife would have been a much better choice. At least it has a tuneful score and says a lot more.