Boffo Broadway By the Year at Town Hall 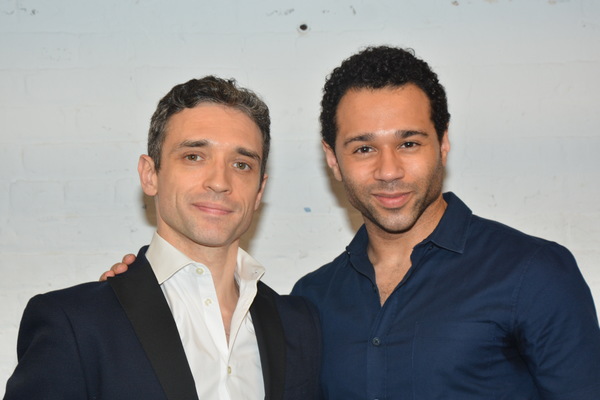 Boffo Broadway By the Year at Town Hall

For nineteen years, creator/director/writer/host Scott Siegel has been keeping our musical theater heritage fresh and vital for new audiences, in his time specific tribute shows to Broadway musicals of the past at the Town Hall, called the  Broadway by the Yearseries. I wish I could say I was here to see most of them, but I wasn’t.  However, I was there Monday night to be blown away by a stellar assemblage of singing, dancing and instrumental talent, who brilliantly reimagined and recreated some of the best moments from the Broadway shows of 1965 and 1978.

As Mr. Siegel made clear in his lively and entertaining survey of both world events and backstage stories from those times, 1965 was a pretty memorable year.  We sent our first troops to Viet Nam, Dr. King marched to Montgomery, and the Beatles played Shay Stadium, just for starters.  The shows of that year represented here (The Roar of the Greasepaint – The Smell of the Crowd, Flora The Red Menace, Pickwick,Do I hear a Waltz, Man of La Mancha, Drat! The Cat, Skyscraperand On a Clear Day You Can See Forever)all had some powerhouse songs, and the hits just kept on coming all through the first act. While 1978 gave us Son of Sam, Ted Bundy and Jonestown, it also offered shows which largely brought back great songs from the past (Ain’t Misbehavin’,Timbucktu, Dancin’) alongside some memorable original works (Best Little Whorehouse in Texas, Working, Ballroom).

Every one of Mr. Siegel’s starry cast enlivened the wonderful selection of songs from these show with their amazing individual talents.

If you only think of Ethan Slater as the squeaky and juvenile Sponge Bob, you should have seen how dashing and manly he was in this performance. His expressive face, high style, and genuine panacheevoked for me the memory of young Anthony Newley.  So it was very appropriate that he sang “On A Wonderful Day Like Today” (Greasepaint…) by Newley and Bricuse. But he was equally compelling with “On a Clear Day You Can See Forever” from the Lerner/Lane show of the same name, and on the power ballad,  “If I Ruled the World” from Pickwick. Mr. Slater has some real chops.

Lianne Marie Dobbs is an unabashedly sexy vixen, with a trilling soprano and a smouldering smile. She performed the romantic “He Touched Me” (Drat! The Cat!) and the earthy “It’s All The Same”(Man of LaMancha) with equal ease. She also was a little wicked, singing Fats Waller’s “Keepin’ Out of Mischief Now” (Ain’t Misbehavin’).

Baritenor Rick Faugno sang a warm, romantic version of “Who Can I Turn To” (Greasepaint….) and the intimate ballad, “The Mason” (Working). I hope to see more of him in the future.

Hoofer Corbin Bleu sang and danced his way through “Everybody Has the Right to be Wrong (Skyscraper), creating a lighthearted physical interpretation of a dancer who can’t quite nail the steps. Then, both Mr. Bleu and Mr. Faugno tapped their way brilliantly through “Sing, Sing, Sing” (Dancin’), to floor-and-pulse pounding choreography by the versatile Mr. Faugno.

I had the opportunity earlier this year to review cabaret shows at 54 Below by both the angelic and versatile Betsy Wolfe, and the steamy jazz diva, Nicole Henry. Both women are so beautiful, so engaging, and sing so wonderfully that they made me exhaust my thesaurus looking for superlatives to describe them in their cabaret shows. But each of them actually shone even brighter in this presentation.

Ms. Wolfe has a range of styles that is both authentic and glorious, as she shifted effortlessly between country (“Doatsy Mae” from Whorehouse), and legit musical theater (“Someone Woke Up” from Rogers & Sondheim’s Do I Hear a Waltz? and“A Quiet Thing” from Kander and Ebb’s first show, Flora…) I could have listened to her sing all night, while basking in that radiant smile of hers.

Ms. Henry, a sultry thoroughbred poured into a dress, sang the most uniquely original arrangement I have ever heard of “Feelin’ Good” (Greasepaint…), as well as the heartfelt “Why Did I Choose You?” (The Yearling) and the Fats Waller classic, “Honeysuckle Rose.” She sang the later directly to Mr. Siegel at his podium, nearly melting him into it.

Baritone Douglas Ladnier has a lighter timbre to his voice, which doesn’t always seem suited to the heavy material he is given as a towering leading man.  But there is no one who brings a more interesting presence to the stage. Working against the Broadway stereotype, he squints at us like Clint Eastwood taking aim, and growls at times like Tom Waits on a bender. So while I’ve heard beefier renditions of “The Impossible Dream,” (Man of LaMancha), I can’t imagine a more compelling version of “Hard Candy Christmas” (Whorehouse…), which he sang with a level of intimacy and pathos that just tore me up. He also gave a fine performance of the soaring ballad, “Stranger in Paradise” (Timbuktu).

Singer, dancer and choreographer Danny Gardner choreographed the precision work of the Broadway by the YearDance Troupe:  Lamont Brown, Bailey Callahan, Bryan Hunt, Brooke Lacy, Lily Lewis, Danny McHugh, Kelly Sheehan, and Michael J. Verre. He led them in two outstanding musical numbers: “Nothing Can Stop Me Now” (Greasepaint…) and “I Wanna Be a Dancin’ Man” (Dancin’). They were both simply fabulous, reflecting character suiting the material, as well as technical prowess.

But there just isn’t any way to adequately praise Mr. Gardner’s choreographic work for the rough Muleteers from Man of LaMancha,stomped out as he and the men of the BBTY Dance Troupe circled around Aldonza (Lianne Marie Dobbs) while she sang “It’s All the Same”. Combining tap and just plain rhythmic brilliance, Mr. Gardner created an intricate, emotional, heart pounding, percussive accompaniment that played perfectly against a soulful solo guitar played by Jake Owen. I’ve seen a lot of productions of LaMancha, where this song is normally introduced only by a little bit of hand clapping. This was simply the most brilliant staging of this song I ever expect to see.  I only wish it could be interpolated into the show for the future.

The musical genius guiding all these performances was series musical director, Ross Patterson. His richly textured piano accompaniment and tasty arrangements were supported by the subtle drumming of Eric Halvorson, and the outstanding bass playing of Don Falzone.

So if you think you remember these years and these shows well enough that there’s no need to revisit them in this format, think again. If you value talented performers over expensive scenery, Mr. Seigel’s Broadway by the Yearpresentations are some of the best bang for the buck on Broadway. Don’t miss The Broadway Musicals of 1987 & 2015at Town Hall on June 17.