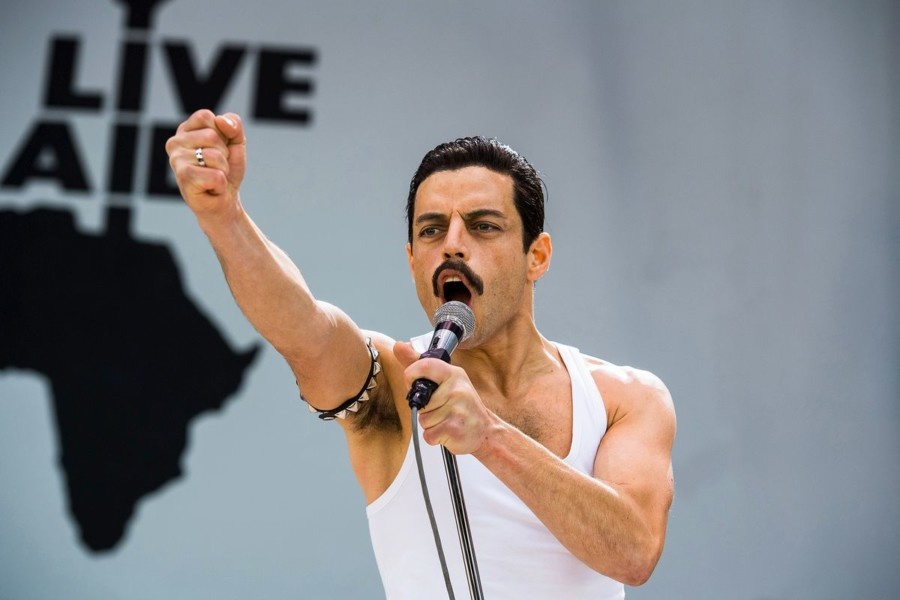 As rock biopics go, “Bohemian Rhapsody” — the film — pretty well tells an alternate-world version of the Freddie Mercury story starring the rest of the band as accoutrement. Obviously, for the purposes of effective filmmaking, director Bryan Singer and Dexter Fletcher (the last minute replacement after Singer was fired), had to focus the story. Sadly, in doing so, some things were lost and diminished in the telling.

Nonetheless, it’s a great story, that of Freddie Mercury (Rami Malek) an eccentric lead singer of a band that might not have made it, yet it did manage to accrue enough traction for it to become an international hitmaker, develop as a British legend and, in doing so, tell of both a coming-of-age narrative and of that of a coming-out. Along the way it very much shines a very public spotlight on Mercury and his excesses.

The film bases its title on the 1975 hit of the same name — a song that reflected Queen at its grandiose best. But this British-American joint production also illustrates that the band had an enormous catalog of hits — not all created by vocalist Mercury (formerly Bulsara). From rock anthems such as “We Will Rock You” and “Another One Bites The Dust” to many more, the band’s succession of hits made them a sensation throughout the early 1980s, until tensions arise between the group members over its musical direction and Freddie’s changing attitude as he acknowledges his gayness. He goes from being in a happy relationship with girlfriend Mary Austin (Lucy Boynton) to drug-fuel romps with Irish manager Paul Prenter (Allen Leech) and unsavory hanger-on druggies.

Disastrously, he pulls away from the band and drifts into a drug infused haze until one night, a married and pregnant Mary urges him to return to the band, having been offered a spot in “Live Aid” — Bob Geldof’s huge Wembley Stadium benefit concert. With the AIDS outbreak spreading worldwide, Freddie discovers that he’s infected with the disease. So he comes to London, and begs the band for forgiveness. They reconcile and get a slot. During rehearsal, Freddie reveals to his disease — they embrace him. The Live Aid performance rocks and he reunites with real love Jim Hutton, Mary, and his estranged family. Following Freddie’s death, his last manager Jim Beach and the remaining members create the Mercury Phoenix Trust to combat the spread of AIDS.

Despite its tragic consequences, Malek as Mercury’s performance lends the film the needed focus and spirit to make it both a hit and major award contender. Not all rock bands’ musical journeys have such a powerful redemptive storyline and that makes “Bohemian Rhapsody” all the more inspiring cinematic experience.

G. H. HARDINGMay 18, 2022
Read More
Scroll for more
Tap
Events For March Will Have You Seeing Green
Spike Lee’s “Blackkklansman” Takes Us All by Surprise And Gets Him The Recognition He Deserves