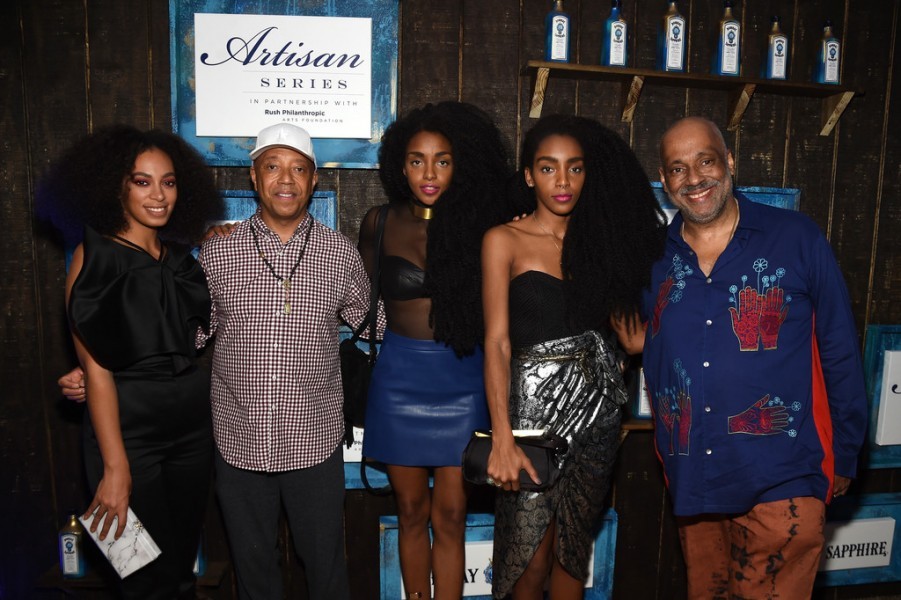 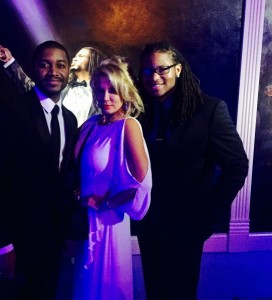 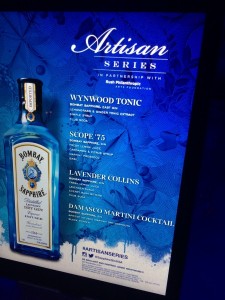 Now in its sixth year, the Bombay Sapphire Artisan Series, an annual collaboration with Russell and Danny Simmons’ Rush Philanthropic Arts Foundation, casts its net nationwide in search of the most talented emerging visual artists. Thousands of artists were invited to enter the 2015 Artisan Series by creating a piece of inspired, original art.  The work of ten artists was then selected from local gallery events across the United States including New York City, Chicago, New Orleans, Detroit, Washington D.C., Atlanta, San Francisco, Miami, Houston and Los Angeles. Two additional finalists were determined online by popular votes 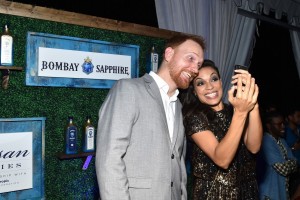 Along with Grand Finale Winner Aron Belka, two other artists were selected among the 12 finalists who’d made their way to the exclusive Finale bash: Shawn Warren from Chicago and People’s Choice Becky Rosa from Miami. For the second year in a row, all three of the top artists will have the unique opportunity to create a largescale mural in each of their hometowns next spring, as part of the Bombay Sapphire Mural Arts Project. The Grand Prize winner will also receive a solo exhibit at SCOPE NYC this March.

The partnership between Bombay Sapphire and Rush Philanthropic Arts Foundation has evolved from the brand’s longstanding commitment to fostering creativity and supporting artists in a variety of different mediums, including design, film and visual arts.