Book Banning What Is This Nazism? 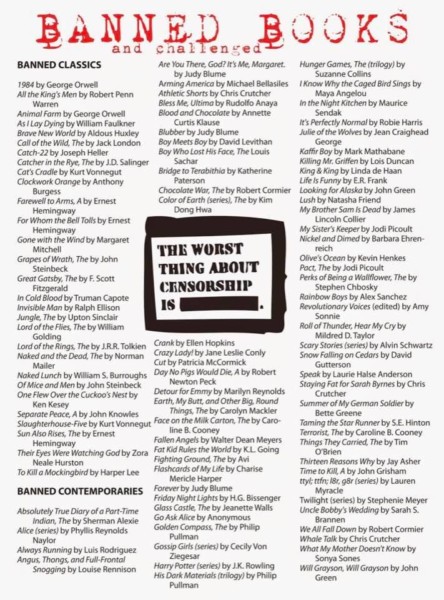 Book Banning What Is This Nazism?

Seattle’s Mukilteo school board voted unanimously to remove “To Kill a Mockingbird” due to its racist themes.  A Tennessee district banned the Pulitzer Prize-winning novel about the holocaust, “Maus.” Utah’s Canyons School District removed at least nine book titles from libraries at four high schools in the district. These actions are part of a rising wave across the country to remove books from libraries and student reading lists in response by woke parents. 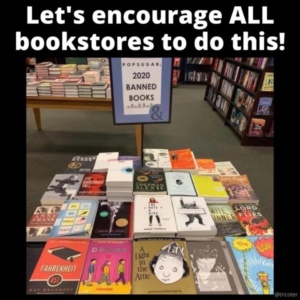 They are erasing our history by banning these books. The banning of books ie: censorship never ends well if you follow history. To say a book isn’t age appropriate, is one thing to say.

A statement released in December by the National Coalition Against Censorship, signed by over 600 authors, booksellers and organizations, worry that book banning is being used as a political agenda by the left and is being weaponized over First Amendment rights. These ongoing attempts to purge schools of books that represent a partisan political battle want to wipe out anything that doesn’t follow their diverse agenda.

The Catcher in the Rye, by JD Salinger

Since its publication, this title has been a favorite target of censors.

The Grapes of Wrath, by John Steinbeck

To Kill a Mockingbird, by Harper Lee

The Color Purple, by Alice Walker

The Lord of the Flies, by William Golding

Of Mice and Men, by John Steinbeck

As I Lay Dying, by William Faulkner

A Farewell to Arms, by Ernest Hemingway

Song of Solomon, by Toni Morrison

Gone with the Wind, by Margaret Mitchell

One Flew Over the Cuckoo’s Nest, by Ken Kesey

For Whom the Bell Tolls, by Ernest Hemingway

The Call of the Wild, by Jack London

All the King’s Men, by Robert Penn Warren

The Lord of the Rings, by J.R.R. Tolkien

The Jungle, by Upton Sinclair

A Clockwork Orange, by Anthony Burgess

In Cold Blood, by Truman Capote

Sons and Lovers, by D.H. Lawrence

A Separate Peace, by John Knowles

Women in Love, by DH Lawrence

The Naked and the Dead, by Norman Mailer

Tropic of Cancer, by Henry Miller

An American Tragedy, by Theodore Dreiser 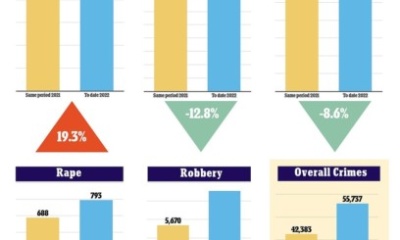