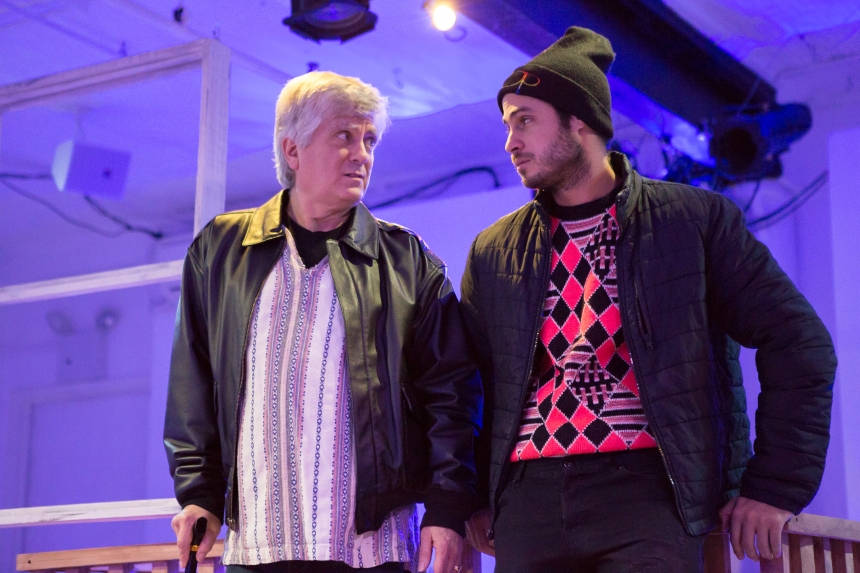 Boys of a Certain Age Connect With Today’s Atmosphere

Boys of a Certain Age Connect With Today’s Atmosphere 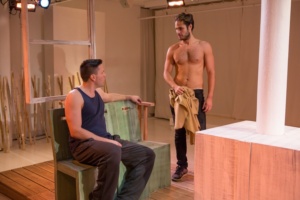 Gay themes are prevalent this year and normally they only skim the surface. It was with great joy to have discovered Dan Fingerman‘s Boys of a Certain Age playing at the New York’s Theaterlab. 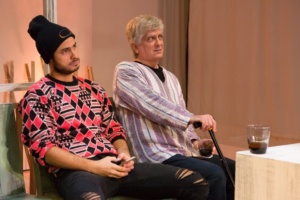 What makes this such an important play is it opens the discussion of queer life under President Trump, because some gay men did vote for him. As we follow four gay Jewish men trying to find a common ground, we see that the divide does not have to tear people and families apart. Ira (R. Scott Williams) is hosting a weekend gathering at his beach home, which I would assume is in Fire Island. It is dead winter and it is desolate, like the political climate. His nephew Christopher (Brian Gligor), shows up unexpectedly before his guest and is prodded to stay. He is a Trump supporter and that is the elephant in the room, as Ira does not want to know, even though deep down he does. Ira’s guests is Larry (Joseph J. Menino), one of his classmates from Hebrew school, who married and came out of the closet late in life. His rather angry and rude social activist son Bryan (Marc Sinoway) is in tow. Personalities and politics collide as we learn Ira and Larry used to be lovers. This is a heartfelt play about identity and how we each see the world through different eyes, depending on our past. 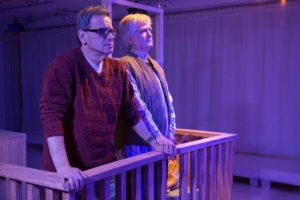 As Ira the brash veteran of the gay rights movement, R. Scott Williams is perfect in every way. He is humorous, pithy, catty, hopeful and emotionally layered. Joseph J. Menino’s Larry is repressed, settled and longing to connect. When he finally tells Ira he is ready, it is truthful and sadly maybe a little too late. I love the fact that Brian Gligor’s Christopher, isn’t a red neck, ignorant, moron who voted for Trump. He is a smart man who makes a case, no matter the political tension. Marc Sinoway has a great body and it makes up for his rather nasty personality in the play. This is the one character, which seems a little un-redeeming. 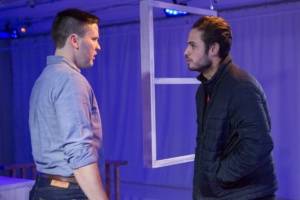 Mr. Fingerman is an exquisite writer getting the humor and the conflict of life. He realizes there is more to life than just black and white and this play has all sorts of gray. He has given his characters equal speech and the conversations America should be having without some kind of war erupting, is done with pathos and comedy. Director Dan Dinero, has the cast actively moving so we feel the passage of time and feel the tension brewing underneath the current of rigidity.

The scenic design by Joe Burkard and the lighting design by Scott Nelson are really well done and set the tone.

I look forward to seeing where Mr. Fingerman’s writing goes next.

Suzanna BowlingJanuary 18, 2023
Read More
Scroll for more
Tap
NY Summefest A Dream Festival Created For Emerging Playwrights
The Object Lesson Its Amazing How Little It Takes To Entertain Some People