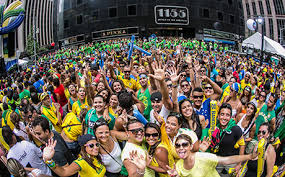 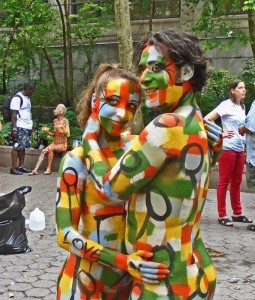 Manhattan was painted green and yellow Sunday as Brazilians took to the streets. About 1.5 million people, mainly Brazilians, living in New York, celebrated on 6th Avenue, extending from 43rd street, all the way up to 46th street (Little Brazil) and beyond. The event was Brazil Day, however, this year it was called BRDAYNY (BR DAY NEW YORK) and their slogan was: The GreeNYellow mood. This celebration is the biggest Brazilian event outside Brazil. The crowd gathered from the early morning of Sunday, to see, sing and dance with renowned Brazilian artists. 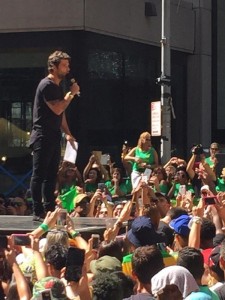 The first artist presented by Brazilian actor Bruno Gagliasso, (who hosted the entire show), was Country singer Paula Fernandes. The crowd showed true emotion while she performed. Then, it was time for Fabio Jr, to come on stage. He spoke of being a Brazilian, how he believes in love and also made a speech against the President Dilma Rousseff and political parties in Brazil. Many cried, when he sang, his famous song, Pai (Father). Actually, he himself cried stating how grateful he was that his father had heard this beautiful song. The other special attractions was Olodum, who made the crowd jump and feel they were in Bahia, Brazil. DJ Boris was an interesting attraction amidst the grand celebration of Brazil, its people and their music. To end off this marvelous celebration was Durval Lelys who was so cheerful and lively, Brazilians were sure they were at home. 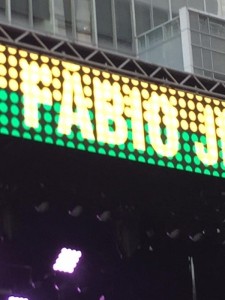 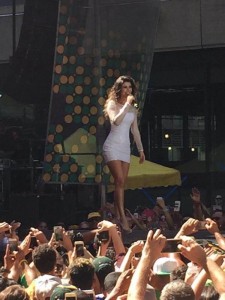 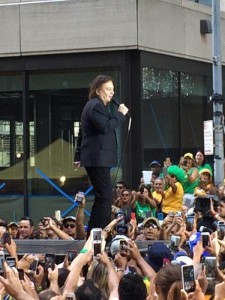 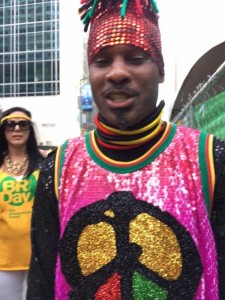 It was definitely a BR Day NY to remember. The organizers and the President João Matos along with the Executive Director of Globo, Andre Dias, have accomplished an incredible event, which was transmitted live to Multishow in Brazil. You see today, is Independence Day in Brazil, as well as Labor Day in the US, for Brazilians that is a time to celebrate.

Valeria Gomes was born in New York but was raised and lives in Brazil. She is an actress, director, as well as a drama and English teacher. She is a certified public translator with dual citizenship.