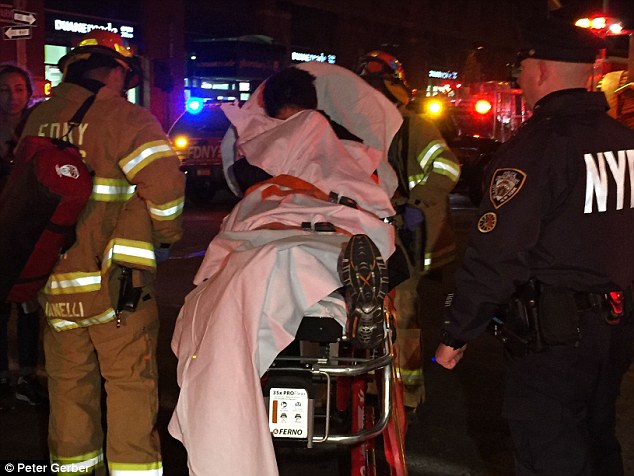 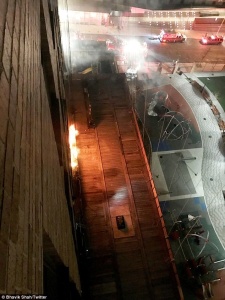 A fire at  515 West 59th Street has 20 people trapped on the roof and has  injured 13 people, including three firefighters. The fire started on the third floor around 5pm, then spread to the fourth floor before it was put out. 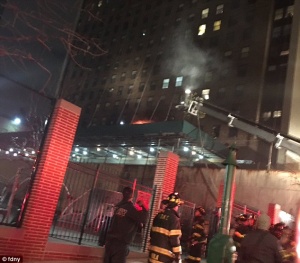 Shruti Kulkarni, tweeted: “Fire in our building and we are trapped inside on the 7th floor. Can’t go down stairs. Smoke in the halls. Please pray for us.'”

Bhavik Shah, photographed the fire from above: ‘Waiting on rescue crew to evacuate us, stuck on 13th floor!’ 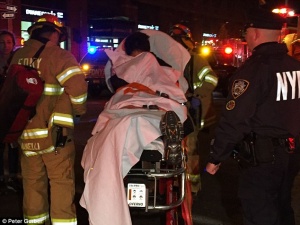 Children were seen being carried out of the building.  Part of the building is used as accommodation for doctors and medical residents affiliated with St Luke’s-Roosevelt Hospital, also known as Mount Sinai West.

That hospital is located a few blocks away and many of those injured walked or were carried directly to it.

The cause of the fire is not yet known, although one resident stated it had been caused by a candle. 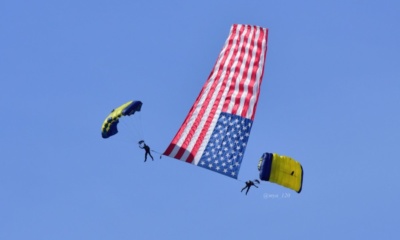