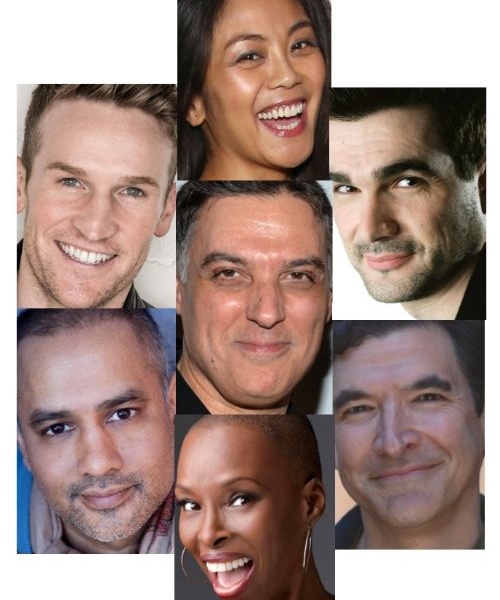 Gingold Theatrical Group (David Staller, Artistic Director) invites you and a guest to a rare revival of Shaw’s beloved almost historical comedy Caesar and Cleopatra, which will begin a limited Off-Broadway engagement on Tuesday September 3rd at Theatre Row (410 West 42nd Street, between 9th and 10th Avenues).  Opening Night is set for Tuesday September 24th. Performances will continue through October 12th only

One of Shaw’s most famous and least known plays, this remarkable comedy of epic proportions hasn’t been given a full NYC production in over 40 years! As an early attempt to craft a theatrical relationship that evolved into the Eliza/Higgins partnership of Shaw’s Pygmalion, this highly entertaining play from 1898 boldly addresses women’s rights, sexual roles, empowering the disenfranchised, having the courage to define the self in the face of social and societal rigid expectations, being an active and contributive member of the community, and even the dangers of Imperialist Colonization. Shaw reminds us that we’re all immigrants seeking to make our way in the world!

Inspired by the artistry and activism of George Bernard Shaw, the Gingold Theatrical Group creates theatre and theatre-related programs that promote Shaw’s humanitarian ideals including universal human rights, the freedom of thought and speech, and the equality of all living beings. Programs include full Off-Broadway productions as part of the Shaw New York annual festival, the Project Shaw monthly reading series, outreach and education programs, as well as the cultivation of new plays through GTG’s Speakers’ Corner writers’ group. All of GTG’s programming is designed to inspire lively discussion and peaceful activism with issues related to human rights, the freedom of speech, and individual liberty. This was the purpose behind all of Shaw’s work and why GTG chose him as the guide toward helping create a more tolerant and inclusive world through the exploration of the Arts.

Founded in 2006 by David Staller, GTG has carved a permanent niche for the work of George Bernard Shaw within the social and cultural life of New York City, and, through the Project Shaw reading series made history in 2009 as the first company ever to present performances of every one of Shaw’s 65 plays (including full-length works, one-acts and sketches). GTG brings together performers, critics, students, academics and the general public with the opportunity to explore and perform Shaw’s work and to create new work based on the values that Shaw championed. Through performances, symposiums, educational programs, new play development, and outreach, GTG encourages all people to rejoice in the possibilities of the future.

Last season’s Off-Broadway engagement of Shaw’s Heartbreak House caused Terry Teachout in the The Wall Street Journal to declare, “Mr. Staller has taken on Heartbreak House, one of Shaw’s most challenging plays, with altogether extraordinary results. Every gesture lands with the utmost potency, and the climactic convulsion that is the play’s final scene sweeps away the bubbly comedy and leaves you, as Shaw intended, in shock. Mr. Staller has given us a uniquely satisfying production of this great but hard-to-stage play. This is one of the finest Shaw stagings of the past decade. Do not miss it.” In his year end recap, Mr. Teachout named Heartbreak House Best Classical Production of the year: “David Staller’s conceptual staging of George Bernard Shaw’s Heartbreak House, produced off Broadway by the Gingold Theatrical Group, was the best thing Mr. Staller has given us to date—which is saying something.”

Robert MassimiJanuary 12, 2022
Read More
Scroll for more
Tap
Don’t Miss Ute Lemper as Marlene Dietrich
Get Ready for Bat Out Of Hell — The Musical as it Starts Previews