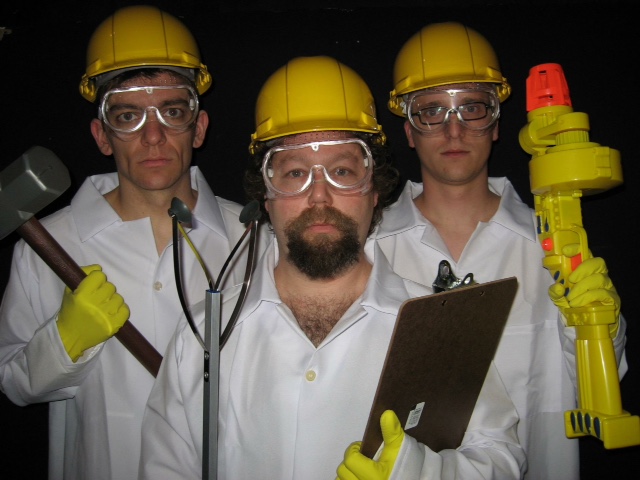 Bri-Ko: All Silent. All Funny. – All Amusing

Bri-Ko: All Silent. All Funny. – All Amusing 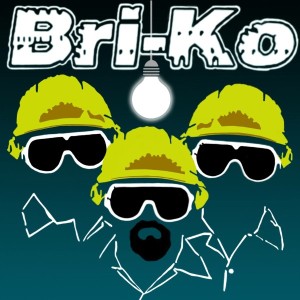 I walked into the Stage 773 theater currently housing Bri-Ko: All Silent. All Funny. having no clue what to expect. That, I must say, is the best way to experience the jovial silliness predominantly on display. Featuring a trinity of talent from the Chicago Sketch Comedy Festival circuit, performers Brian Posen, Tim Soszko, and Brian Peterlin, have crafted a fast paced and loosely structured delight for all ages. The name, as it turns out, is fashioned from combining the “Bri” of the two Brian’s and the “Ko” from Tim Soszko.  I should point out I was the only person in attendance without a child by my side, but no matter, I laughed loudly and often. The plus with this concept keeps ticket prices quite affordable, while the comedy is definitively affable. This fun filled folly features comedy milked from the outrageous actions that occur with the simplest materials found at hand on the stage. Set to a soundtrack to appeal squarely to the adults in attendance, including Bow Wow Wow’s “I Want Candy,” Billy Joel’s “Lullabye,” and Bobby McFarrin’s Grammy Award-winning hit, “Don’t Worry, Be Happy,” Bri-Ko harkened back to the days of vaudeville, with a decidedly modern twist. Imagine the Blue Man Group sans face paint and flying toilet paper rolls, and you have Bri-Ko. Childlike innocence and mischief the entire family will most certainly relish. 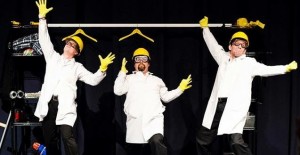 The show began with the trio puzzled by how to change a freshly burnt out light bulb suspended three feet over their heads. With no dialog spoken, the audience giggled along to the numerous futile attempts each man displayed. As a Purdue graduate myself, this spectacle harkened back to the Rube Goldberg Contest days. I thought success had finally been found as the men discovered a series of makeshift shoes to raise both their height and the audience’s levity. Attaching pails, then buckets and finally trash cans to their shoes, the vignette concluded with a figurative pie in the face to all three. Speaking of pies to the face, there was later a shaving cream pie and water balloon skit, to both teasingly threaten and amuse the audience members. As the action repeatedly traveled into the area where unsuspecting onlookers are located, please be advised to bring your sense of humor, and maybe an extra shirt in the car, just in case you are sitting in a ricocheted splash zone. I attended on a particularly rainy day, so Mother Nature had already done her best to me. 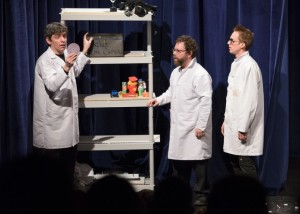 Teddy bear, Brian Posen, champion of silly facial expressions, Brian Peterlin, and masterful physical comedian, Tim Soszko, work at a fanatical pace, mining laughs out of the absurd. A segment about distracting background noise particularly tickled. From the simplest, yet deafening magazine page  tearing to the monolithic sound generated by a mouthful of crunching Doritos, the younger audience was thoroughly captivated. I was equally bemused by the mischievous marshmallow nibbling off of the end of a couple measuring tapes, extended well over 10 feet. The segment concluded with an all-out audience Nerf Gun foam bullet shoot out. The fervent foolishness, from start to finish, will have you leaving with a smile. 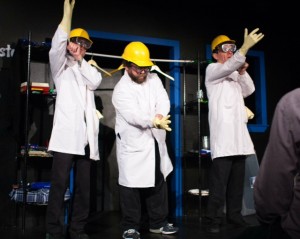 After a side-splitting rendition of the 1990’s Wilson Phillips hit “Hold On,” where the three men overact out the lyrics to hysterical results, the final segment included a hand selected guest from the audience who joined the men on stage for a romantic Italian dinner crafted from a dizzying array of lettuce, shredded by hand, that showered the stage, partnered with ravioli from a can, heated with a Crème Brûlée culinary blowtorch. With the tune, “Puttin’ On The Ritz” playing in the background, I commend siad audience member for actually being daring enough to take a bite of her salad before returning to her seat. For ambiance, Tim Soszko was dressed in a crisp white lab coat, adorned with a dozen small circular mirrors, while he slowly rotated around in circles, like a human disco ball.

Combining sketch comedy, tomfoolery, and an unending amount of horseplay, the three stars of Bri-ko provide a uninterrupted, 60 minute joyride, any audience will enjoy taking. Their playful, endless physical comedy was certainly a hit with the audience who I attended the show with. Unanimously appealing, Bri-Ko: All Silent. All Funny. was laugh-out-loud uproarious.  Enjoy while you can.

Claudia PerryOctober 30, 2022
Read More
Scroll for more
Tap
Theatre Brings Out The Stars This September
A Day by the Sea Just As Prolific Now