Brian Cox To Play Lyndon B. Johnson in The Great Society 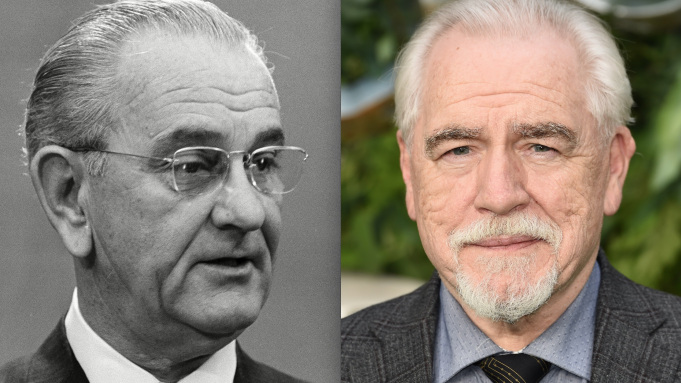 Brian Cox To Play Lyndon B. Johnson in The Great Society

Tony Award & Pulitzer Prize-winning playwright Robert Schenkkan will return to Broadway with the second of his two exhilarating dramas celebrating Lyndon B. Johnson’s legacy: The Great Society. This new play is the companion piece to Schenkkan’s Tony Award winning All The Way, depicting the tumultuous times that led to the conclusion of the Johnson presidency in 1968.

Director Bill Rauch (All The Way) reunites with Schenkkan after directing the premiere of The Great Society at Oregon Shakespeare Festival in 2014 and Seattle Rep in 2015.

Performances will begin Friday, September 6, 2019 at the Vivian Beaumont Theater (150 West 65th St). This is a 12-week limited engagement.

Capturing Johnson’s passionate and aggressive attempts to build a great society for all, The Great Society follows his epic triumph in a landslide election to the agonizing decision not to run for re-election just three years later. It was an era that would define history forever: the rise of the Civil Rights Movement, the deaths of Martin Luther King Jr. and Robert F. Kennedy, the destruction of Vietnam, and the creation of some of the greatest social programs America has ever known—and one man was at the center of it all: LBJ.

Beginning Monday, July 22, tickets are available to Lincoln Center Theater members. On July 25, tickets will be available to the General Public by calling 800-447-7400 or online at GreatSocietyBroadway.com. Ticket prices range from $107-157.

Brian Cox (Lyndon B. Johnson) is the lead of the hit HBO show “Succession.” He recently starred as “Winston Churchill” in the 2017 feature film Churchill. He also plays “Rory” in the film The Etruscan Smile, and “Captain O’Hagan” in Super Troopers 2. He starred alongside Adam Sandler and Peter Dinklage in Pixels, and in The Campaign with Zach Galifianakis and Will Ferrell. He also starred in Edwin Boyd and Coriolanus. He has starred in Rise of the Planet of the Apes, Red, The Tell-Tale Heart, Escapist, Wes Craven’s Red Eye, Troy, The Bourne Supremacy, Spike Lee’s The 25th Hour, Spike Jonze’s Adaptation, and Gore Verbinski’s The Ring. Other film credits include The Boxer, Kiss the Girls, L.I.E., and Rushmore. His work as Daphne’s father on “Frasier” has garnered him a nomination for a 2001-2002 Emmy Award. In 2001, he won the Emmy for his portrayal of Nazi war criminal “Hermann Goering” in TNT’s “Nuremberg” for which he was also a Golden Globe and SAG nominee. Brian has collaborated with award-winning playwright Conor McPherson in several productions, including The Weir, and Dublin Carol, in which Brian starred as grim alcoholic undertaker “John Plunkett.”

Genevieve Rafter KeddyMay 21, 2022
Read More
Scroll for more
Tap
I Spy A Spy Brings The Cold War Back
Casey Nicholaw on THEATER: All the Moving Parts With Patrick Pacheco