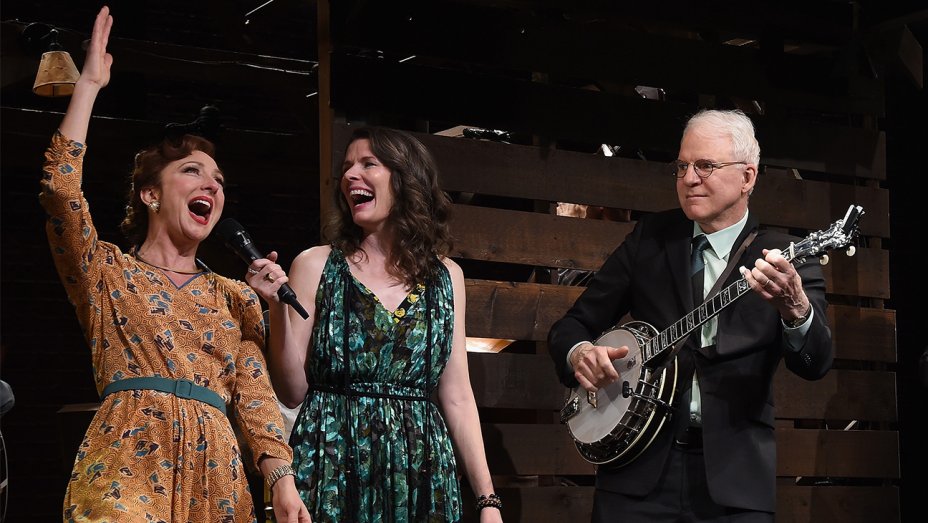 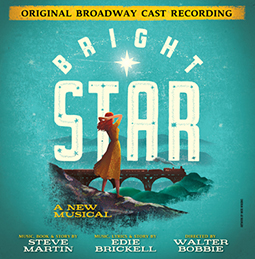 On the heels of Bright Star’s Grammy nomination for Best Musical Theater Album, Kurt Deutsch, President of Ghostlight Records, today announced that the show’s sold-out reunion concert will be live-streamed exclusively on TheaterMania.com.   Co-creators Steve Martin and Edie Brickell will join the entire original Broadway cast as both hosts and guest-performers for the evening.   Immediately following the concert, the legendary Peter Asher will moderate a Q&A with Martin, Brickell, and other members of the creative team.  The concert will take place at Town Hall (123 West 43rd Street) on Monday, December 12 at 7:30 p.m.

Viewers from all over the world can view the concert live at TheaterMania.com.

Since its release this past spring, the original cast recording of Bright Star has enjoyed the rare distinction of having charted on five different Billboard lists.  The cast album hit #1 on the Top Current Blue Grass Albums chart, #2 on the Top Broadway chart, and #5 on the Americana/Folk Albums chart.  It also made the Top 100 on the Billboard Top Albums chart and Top 200 on the Overall Digital Albums chart. The album is produced by the legendary, multi-Grammy Award-winning producer, manager, and musician Peter Asher. It is one of the top selling cast recordings of the year, and is now nominated for a 2017 Grammy Award.  The Grammy Awards will be held on February 12, 2017.