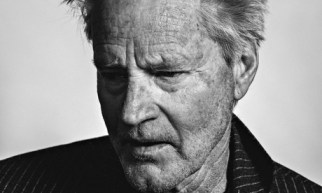 Broadway and Off-Broadway theaters will dim their marquee lights tonight at 7:45 PM in honor of Sam Shepard. This is the Broadway community way of saying Good-bye.

Shepard debuted on Broadway with his contribution to the 1969 musical revue Oh! Calcutta! followed by the 1970 play Operation Sidewinder. After a 1976 revival of Oh! Calcutta!, he penned his 1996 play Buried Child, for which he received the Pulitzer Prize, and the 2000 work True West. His last Broadway play, 2015’s Fool for Love, starred Sam Rockwell and Nina Arianda.

Beyond his Tony nominations for True West and Buried Child, and additional Pulitzer Prize nominations for True West and Fool for Love, Shepard received distinguished theater honors, including induction into the Theater Hall of Fame and the American Academy of Arts and Letters. He was awarded the PEN/Laura Pels International Foundation for Theater Award as a master American dramatist in 2009.

“Sam Shepard was a prolific storyteller who created provocative, thoughtful, and exciting work for Broadway, off-Broadway, and film. His original voice was a definite draw for audiences and had an undeniable influence on other artists,” said Charlotte St. Martin, president of the Broadway League, in a statement. “He will be greatly missed. Our thoughts are with his family, friends and colleagues.”