Broadway and Opera Stars Come Together for Special Halloween Performance of Barnum’s Bird: A Musical Extravaganza! The Story of P.T. Barnum and Jenny Lind 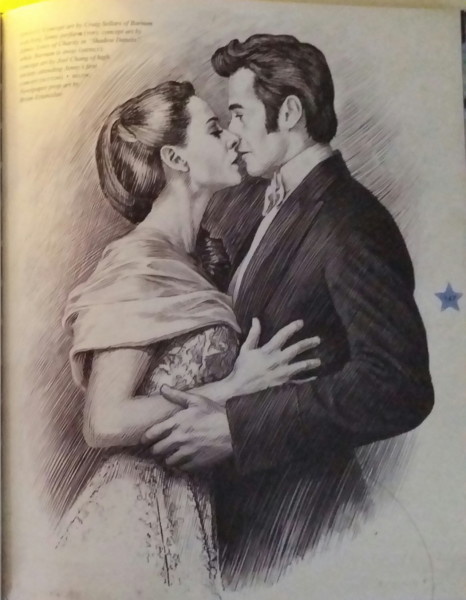 Broadway and Opera Stars Come Together for Special Halloween Performance of Barnum’s Bird: A Musical Extravaganza! The Story of P.T. Barnum and Jenny Lind

Bringing their fall programming to a close with a finish worthy of the big top, producers Circle in the Square Theatre School(Paul Libin, President; Susan Frankel, COO), Pigasus Institute, and Rachel Shuey present The Circle Series staged reading of Barnum’s Bird: A Musical Extravaganza! The Story of P.T. Barnum and Jenny Lind. The completely sung-through musical—the series’ largest undertaking to date—will play a special Halloween performance at Broadway’s Circle in the Square on Thursday, October 31 at 7pmand is open to the public. Please note: this is a departure from the series traditional Monday night readings, due to the adjusted playing schedule of Oklahoma! Admission is a suggested donation of $20 for adults and $10 for students and seniors, with all proceeds benefiting Circle in the Square Theatre School.

This fall, The Circle Series has provided avid theatergoers the opportunity to experience new and classic works on a Broadway stage on Monday nights. For audience members who aren’t feeling so spooky, the staged reading series will hold its fall finale on another dark night—Halloween—with Barnum’s Bird: A Musical Extravaganza! The Story of P.T. Barnum and Jenny Lind. The one-act opera, with music by Grammy Award-winning composer Libby Larsen and libretto by Larsen and Bridget Carpenter, centers around Jenny Lind, the most beloved opera singer of her time, and her collaboration with the world-class showman P.T. Barnum. At the height of her career, the “Swedish Nightingale” agreed to embark on an unprecedented 150-performance U.S. tour, produced by Barnum, who had never met Lind nor heard her sing. Barnum’s Bird centers around a dilemma that has plagued our industry since: how, when, why, and, most essentially, should art intersect with entertainment?

Barnum’s Bird was originally commissioned by The Library of Congress, Washington, D.C. and The Odyssey Commissioning Program of the Plymouth Music Series, in honor of The Library’s Bicentennial.