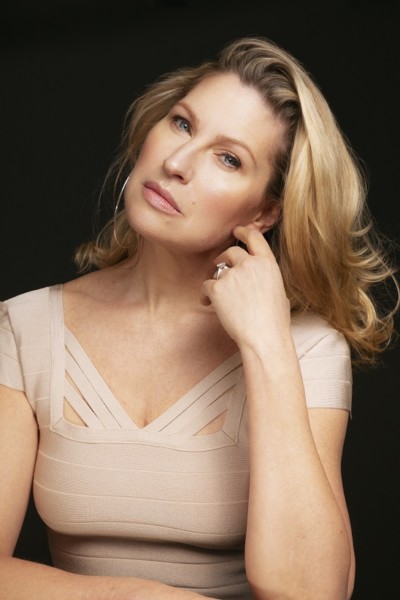 From the super cool Brooklyn venue Soapbox Gallery, stylist and storyteller Luba Mason will appear on June 2 at 8pm for a special livestream concert. One Night with Luba Mason has special guests Sean Harkness on guitar & Samuel Torres on percussion.

Mason’s extensive Broadway career began in 1987, when she made her debut, billed as ‘Kim Freshwater,’ as the statuesque, leather-clad nightclub owner in the short-lived musical Late Nite Comic. This was followed by her appearance in Sid Caesar & Company in 1989. In 1991, she was part of the original Broadway cast of Tommy Tune’s Tony Award-winning The Will Rogers Follies, first as the second Ziegfeld Follies girl from the left, then assuming understudy assignments for the leading lady “Betty Blake” and sassy featured role of “Ziegfeld’s Favorite”. Next came her break-through comedic role of Hedy LaRue in the first revival of How to Succeed in Business Without Really Trying opposite Matthew Broderick and directed by Des McAnuff. Significant roles followed as the mourning mother Mrs. Kresinsky in Paul Simon’s The Capeman, where she met her husband. She replaced Linda Eder as the doomed Lucy Harris in Jekyll & Hyde and later playing the hardened Velma Kelly opposite Brooke Shields’ Roxy Hart in Chicago. Mason originated the role of Mrs. Burke in the musical Girl From the North Country written with music and lyrics by Bob Dylan on Broadway in 2020. Other roles include Joanna in Trevor Nunn’s American premiere of Sunset Boulevard with Glenn Close at the Shubert Theatre in Los Angeles in 1993. Mason can be heard on Broadway cast recordings of The Will Rogers Follies, How To Succeed in Business…, The Capeman, The Stephen Schwartz Album and Girl From the North Country.

Luba also appeared on an episode of the special celebrity edition of the beloved TV show Antiques Roadshow and a few months ago, she released her 4th studio album Triangle produced by the multitalented Renato Neto (a longtime collaborator with music icon Prince and Keyboardist for over a decade in Prince’s New Power Generation band). With a truly captivating sound, the jazz/pop album showcases Luba’s gorgeous vocals alongside just Bass and Vibraphone, forming a unique trio to perform thrilling, new arrangements of a diverse group of songs from artists like Paul Simon (“50 Ways to Leave Your Lover”), The Beatles (“Ticket To Ride”), Antonio Carlos Jobim (“Waters of March”) and Thelonious Monk(“In Walked Bud”).

There’s also a song from the Tony & Grammy-winning show The Band’s Visit (“Haled’s Song About Love”), a mesmerizing rendition of the System of a Down song “Toxicity”, , and setting the tone perfectly, the album opener is Sxip Shirey’s “Bach, Stevie Wonder and Janelle Monae”, a love letter to the music of one’s mind. The album features James Genus on Bass (a Saturday Night Live band member who has toured with Herbie Hancock, Branford Marsalis & Bill Evans) and internationally renowned Joe Locke on Vibraphone (who has toured with Rod Stewart).

Coming full circle, Luba happened to record Triangle at legendary NYC studio Power Station where Dylan recorded music that she happens to perform in Girl From The North Country (for her role she is also the primary actor/musician in the cast, playing drums on several songs in the show, a skill she learned how to do for the role).

Suzanna BowlingMay 15, 2022
Read More
Scroll for more
Tap
What to Watch in The New Year: May 11
BUZZR’S Broadway Matinee With Throwback Game Shows With Sondheim, Rivera, Andrews,Grey and More