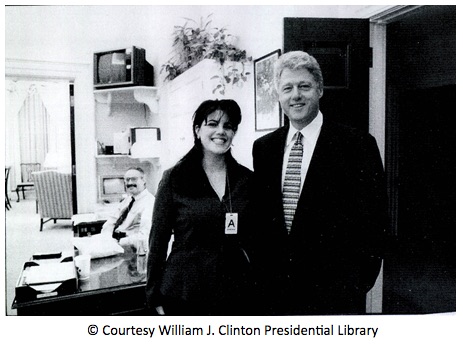 Behind closed doors in the state of New Hampshire during the early days of 2008, a former First Lady named Hillary (Metcalf) is in a desperate bid to save her troubled campaign for President of the United States. Her husband, Bill (Lithgow), sees things one way; her campaign manager, Mark, sees things another. If any of this sounds familiar, don’t be fooled; in a universe of infinite possibilities, anything that can happen, will.

In Hillary and Clinton, Lucas Hnath examines the politics of marriage, gender roles, and the limitations of experience and inevitability in this profoundly timely look at an American dynasty in crisis.

John Lithgow (Bill) is a two-time Tony Award and six-time Emmy Award-winning actor who has been a major presence in theater, television, and film for over 40 years. Broadway credits include John Lithgow: Stories By Heart, A Delicate Balance, The Columnist (Tony Award nomination), All My Sons, Dirty Rotten Scoundrels (Tony nomination), The Retreat From Moscow, Sweet Smell of Success (Tony), M. Butterfly (Tony and Drama Desk Award nominations), The Front Page, Requiem for a Heavyweight (Tony nomination and Drama Desk Award), Beyond Therapy, Division Street, Bedroom Farce, Spokesong, Once in a Lifetime, Anna Christie, Comedians, Boy Meets Girl, Secret Service, A Memory of Two Mondays / 27 Wagons Full of Cotton, Trelawny of the “Wells,” My Fat Friend, and The Changing Room (Tony and Drama Desk Awards). For his work on television, Lithgow has 11 Emmy Award nominations, winning six, most notably for the Netflix series “The Crown,” Showtime’s “Dexter” and NBC’s “3rd Rock From the Sun.” He has shot over 40 major films and was nominated for Academy Awards for both The World According to Garp and Terms of Endearment. He has played principal roles in the U.K. at the National Theatre and the RSC; danced with the New York City Ballet; performed at Carnegie Hall and with a dozen American orchestras; created nine picture books and three albums for kids; written a memoir; and recently co-created a crossword puzzle for the New York Times. Such variety has won him a place in the Theater Hall of Fame, a star on The Hollywood Walk of Fame and membership in the American Academy of Arts & Sciences.

Lucas Hnath (Playwright) received a 2017 Tony Award nomination for Best Play with A Doll’s House, Part 2, this year’s most produced play in America. Hnath’s plays include Red Speedo, The Christians, A Public Reading of an Unproduced Screenplay About the Death of Walt Disney, Isaac’s Eye, and Death Tax. He has been produced on Broadway at the John Golden Theatre, Off-Broadway at New York Theatre Workshop, Playwrights Horizons, Soho Rep, and Ensemble Studio Theatre. His plays have been produced nationally and internationally with premieres at the Humana Festival of New Plays, Victory Gardens, and South Coast Rep. He has been a resident playwright at New Dramatists since 2011. Awards: Kesselring Prize, Guggenheim Fellowship, Whiting Award, two Steinberg/ATCA New Play Award Citations, Outer Critics Circle Award for Best New Play, an Obie, and the Windham-Campbell Literary Prize.

The 24 Hour Musicals will feature four brand new musicals written and performed in the span of just 24 hours. This year’s musicals will be directed by Carolyn Cantor, Kathleen Marshall, Robert O’Hara and Kate Whoriskey; and will be written and composed by: Aimee Mann, Ashley Nicole Black, Amanda Green, Kirsten Childs, Jonathan Marc Sherman and Rona Siddiqui.

The marathon process for The 24 Hour Musicals begins at 9 PM the night before the performance. Writers, composers, directors, choreographers, actors, music directors, musicians and production staff—many of whom have never worked with or met each other before—gather for an orientation where they are asked to share one costume piece, one prop, a special skill, and to reveal something that they have always wanted to do on stage, as well as some singing and dancing. At 11 PM, the composers and writers get to work crafting 15-20 minute musicals overnight; at 9 AM the next morning, the actors receive their roles and the directors, choreographers and musicians arrive to begin rehearsal. Less than 12 hours later, they must be ready to perform in front of a live audience.

The evening will benefit The Lillys’ work supporting women in theater and promoting gender parity, as well as The 24 Hour Plays’ programs, including The 24 Hour Plays: Nationals (a professional intensive for young artists).   It will also pay homage to the women who are changing the landscape of American Theatre, through appearances by Lynn Nottage, Lisa Kron, Stacey Mindich, Kristen Anderson-Lopez, Todd London and Sarah Ruhl.

Twenty years later, in a country shaken by political unrest and the fight for gender equality, we’re still living with the legacy of the Clinton presidency. The 1998 impeachment of President Bill Clinton rocked the country to its core and set the stage for the next two decades of polarization and controversy in America. Now, a new episode of Smithsonian Channel’s critically acclaimed THE LOST TAPES relives the scandal, using only contemporary film and audio to allow viewers to experience history without comment. The hour-long episode delves into the collective memory of America to pose the question: At a time when everyone took a side, would you take the same one now? The Lost Tapes: Clinton Impeachment airs Monday, October 29 at 9 PM ET/PT on Smithsonian Channel.

The Lost Tapes: Clinton Impeachment combines the relentless energy of the early days of the 24/7 news cycle with exclusive, never-before-televised recordings from historian Taylor Branch. Branch, the president’s interviewer and confidant, documented his thoughts after late-night sessions at the White House, capturing his impression of Clinton’s mindset and offering an insider’s perspective as scandal threatened to consume the Presidency. Clips pulled from news broadcasts and interviews highlight the infamous twists and dramatic forgotten moments of the scandal, including familiar faces, from Matt Lauer to Jeff Sessions, Bernie Sanders and the current President of the United States, Donald Trump. This unique blend of sources brings to life a startlingly familiar era in American history and a story that still lingers over the national conversation surrounding leadership, gender politics and ethics in public life.

In 1998, Special Prosecutor Kenneth Starr requested permission to widen the scope of his Whitewater investigation to include whether the President had lied under oath in his deposition for Paula Jones’ sexual harassment lawsuit. After a federal court dismissed Jones’ suit, her lawyers appealed and submitted a list of other alleged victims of Clinton’s harassment, including White House intern Monica Lewinsky. Both Lewinsky and Clinton denied under oath that they had a sexual relationship, but the evidence indicated otherwise, leading Starr to investigate the possibility that Clinton had committed perjury. After receiving immunity, Lewinsky turned over evidence of the affair, and the President admitted he had indeed had inappropriate relations with her. In December 1998, the House of Representatives – led by Republican Newt Gingrich – voted to issue Articles of Impeachment, but on February 12, 1999, the Senate acquitted Clinton on all charges, 17 votes shy of removing him from office.

Smithsonian Channel™, owned by Smithsonian Networks™, a joint venture between Showtime Networks Inc. and the Smithsonian Institution, is where curiosity lives, inspiration strikes and wonders never cease. This is the place for awe-inspiring stories, powerful documentaries and amazing factual entertainment, available in HD and 4K Ultra HD across multiple platforms. Smithsonian Channel, winner of Emmy® and Peabody awards for its programming, combines the storytelling prowess of SHOWTIME® with the unmatched resources and rich traditions of the Smithsonian, to create programming that shines new light on popular genres such as air and space, history, science, nature and pop culture. Among the network’s offerings are series including Aerial America, America in Color, The Lost Tapes, Mighty Ships, Million Dollar American Princesses, The Pacific War in Color and Air Disasters, as well as critically-acclaimed specials that include The Coronation, The Mountain Lion and Me, Earth from Outer Space and Titanoboa: Monster Snake. Smithsonian Networks also operates Smithsonian Earth(TM), through SN Digital LLC., a new subscription video streaming service delivering spectacular original nature and wildlife content. To learn more, go to www.smithsonianchannel.com, or connect with us on Facebook, Twitter, and Instagram.

Suzanna BowlingJanuary 26, 2023
Read More
Scroll for more
Tap
He Says: Bernhardt/Hamlet Shines Light on Two Great Stage Actresses, Not Just One
The Evolution of Mann Where Marriage is Sought After Like Prey