Broadway Back To School 2019 Gala a Smash Success!! 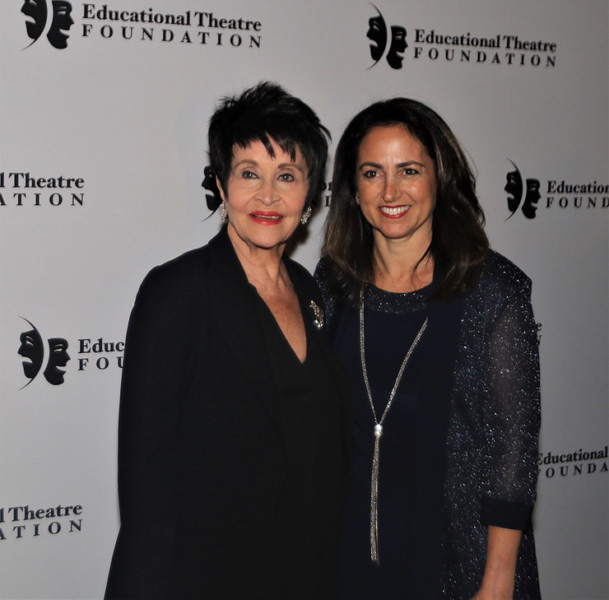 Broadway Back To School 2019 Gala a Smash Success!!

The Educational Theatre Foundation (ETF) honored Marc Shaiman and Scott Wittman with the Broadway Back to School Award, which recognizes the impact of key leaders in the theatrical industry and education in building access and excellence in school theatre. Shaiman and Wittman were among the first creative leaders in the theatrical industry to recognize that the involvement of young students in musical theatre was essential for their success in school and life as well as for the progress and growth of the industry.

Now in its fifth year, Broadway Back to School supports theatre education programs for schools in need by bringing together professional artists along with current high school students. The event features performances and interviews, dreams and reminiscences, to give back and raise funds for underserved schools.

Shaiman and Wittman are the creators of one of the most popular and relevant musicals in the past decade: Hairspray, the winner of Olivier, Drama Desk, Tony, and Grammy awards. It also was among the top ten most-produced high school musicals in 2011, 2012, 2014, and 2015. In addition to Hairspray, some of their best known collaborations are: the film Mary Poppins Returns; Broadway’s Catch Me if You Can and Charlie and the Chocolate Factory; and TV’s Smash.

In addition, ETF President Julie Cohen Theobald noted that Shaiman and Wittman are generous in sharing their professional wisdom and insight with high school theatre teachers and students. Among the many instances she cited were being part of the International Thespian Festival in 2008 for the national cast production of Hairspray and again in 2014, and serving as director and musical director for Thespians Go Hollywood 2018: Honoring the Life and Work of Craig Zadan, contributing to an outpouring of gifts in Craig’s memory to create access for underserved students.

In acknowledging the award, Shaiman and Wittman said, “It’s an honor to receive the Broadway Back to School Award from the Educational Theatre Foundation. We have always been committed to making musical theatre relevant and accessible to high school students because it’s essential for their success, as well as for the progress of our industry.  We are proud that Hairspray is among the top ten most-produced high school musicals in the last decade. We believe in the vision of the Educational Theatre Foundation that every child should have access to theatre in their school and look forward to continuing our partnership in the years to come.”