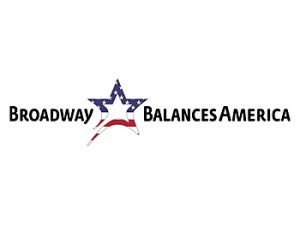 The Balancing Act, the award-winning morning show on the Lifetime Channel, is excited to announce that it has begun shooting the sixth season of the popular series, “Broadway Balances America,” sponsored by Broadway Across America. This four-part miniseries will take viewers behind the scenes of some of the most beloved Broadway musicals touring the country, including Jesus Christ Superstar, 10-time Tony Award® Winning The Band’s Visit, Jimmy Buffett’s Escape to Margaritaville, and Summer: The Donna Summer Musical. “Broadway Balances America” will launch on September 30, 2019.

“I’m so proud that we are able to bring audiences behind-the-scenes of touring Broadway productions through our partnership with The Balancing Act. Thanks to the Broadway Balances America program, we’ve been able to create engaging content on more than 30 new tours over the past six years!” said Lauren Reid, COO, The John Gore Organization.

A 17-time Telly Award®-winning series, “Broadway Balances America” provides behind-the-scenes access and interviews highlighting shows featured on Broadway Across America’s 2019-2020 Broadway series nationwide – from Boston to Costa Mesa, from Dallas to Minneapolis, and everywhere in between. The host, Amber Milt, will have the opportunity to meet with the casts, crews, and creative teams for an in-depth look at what it’s like to bring these shows to life on the road, educating audiences across America. .

“It’s time to go backstage and meet the talented teams behind these incredible Broadway shows as they head across America and into theatres nationwide,” said ​Jeanne Kelly​, Supervising Producer for “The Balancing Act.” “Our audiences can’t get enough of Broadway Balances America! Each year is better than the last.”

On the first segment, Broadway Balances America goes behind the scenes of the mesmerizing new production of Jesus Chris Superstar. Meet the members of the production team shepherding the 50thAnniversary tour of Andrew Lloyd Webber and Tim Rice’s iconic musical phenomenon across America. Discover how the cast feels singing the legendary score and portraying the extraordinary series of events during the final weeks in the life of Jesus Christ as seen through the eyes of Judas. Reflect on the rock roots that defined a generation with this modern, fresh direction.

Searching for your lost shaker of salt? Look no further than the second episode of Broadway Balances America! Jimmy Buffett’s Escape to Margaritaville is bringing island time across the country and we’re giving you license to chill behind the scenes. Hear from associate director Amy Corcoran and choreographer Kelly Devine as they explain how this hilarious and heartwarming musical features an original story alongside Jimmy Buffett’s beloved songs. Meet Chris Clark and Sarah Hinrichsen who will bring the romance, joy, and exuberance of the carefree lifestyle across the country as Tully and Rachel. Dive in and don’t let the party start without you!

Jimmy Buffett said, “Since I was young I have always been a fan of live theatre, as I find it to offer the perfect escape from our everyday lives. Through laughter, dance and music near and dear to my heart, Escape to Margaritaville continues this tradition by offering audiences the chance to kick back, relax and brush off their day. We are excited to be a part of the Broadway Balances America initiative to help bring this tropical paradise to audiences around the country.”

Up next, Broadway Balances America prepares audiences to feel something different with The Band’s Visit. Milt sits down with producer of the 10-time Tony Award® winning production Orin Wolfe, Tony and Grammy Award® winning music and lyricist David Yazbek, and musical supervisor Andrea Grody to discuss what makes this delightfully offbeat story one that sticks with audiences for a lifetime. Hear from actors Sasson Gabay and Chilina Kennedy about what it means to bring these charming characters to life. Get ready to lean in and open your ears and hearts to the lively sounds of The Band’s Visit.

Orin Wolf said, “In The Band’s Visit strangers find common ground through music. This story about human connection was embraced by Broadway audiences and I’m confident it will resonate with theatregoers across the country.  We are thrilled to be a part of this National initiative to further the reach of our show’s message and help bring music and stunning live theater to Broadway fans across America.”

In the final episode, Broadway Balances America explores the impact of Donna Summer’s legacy on her family, fans, and the future of pop music with Summer: The Donna Summer Musical. Learn how Summer’s story was brought to the Broadway stage from the three women portraying the icon onstage in her duckling, disco, and diva phases of life. With a score featuring more than 20 of Summer’s classic hits and choreography by Tony Award® Winner Sergio Trujillo, this electric production is a moving tribute to the voice of a generation, making its way to a city near you. Delve into the world of the disco queen!

Des McAnuff said, “Donna Summer was the greatest singer of her generation. She played a pioneering role in an industry that was steadfastly dominated by men, and she had an enormous impact on American music, not only because of her innovative work with disco, but also as a virtuosic singer/songwriter in rhythm & blues and pop. It’s thrilling to think that her presence will once again be felt in theatres across America where she created so much joy and inspiration. Donna Summer transformed from a humble school girl in Boston, Massachusetts to a beautiful swan who quite literally led the world out onto the dance floor.”

“I first created the Broadway Balances America series as a way to share the power of theatrical storytelling that is quintessential Broadway, and that still rings true today as we head into Season 6,” said Lauren Newman-Giannetti, EVP Branded Entertainment for The Balancing Act. “Each segment opens hearts and minds to the story behind the story – life lessons about family/friendship, love/loss, diversity/inclusion, success/failure, etc., that can have a positive and lasting impact on its audience. Broadway Across America makes it possible for those of us who live outside NYC to experience the ride, by bringing Broadway to our own backyard. I’m excited for Season 6!”