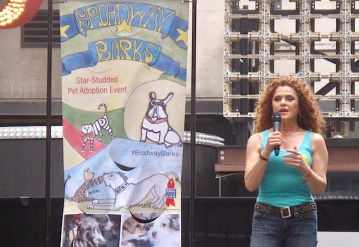 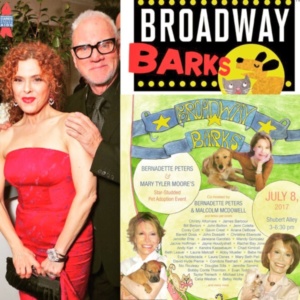 Bernadette Peters and Broadway Barks honored Mary Tyler Moore as Michael Cerveris (The Good Wife, Fun Home, Sweeney Todd, Tommy) and a children’s choir sang the famous theme song to “The Mary Tyler Moore Show.” Broadway Barks, promotes pet adoptions in New York and was started by Ms. Peters and Ms. Moore 19 years ago. “This year is different because Mary has passed away, which is heartbreaking. I really really miss her,” Peters stated. “She was my Gracie to my George Burns. She loved animals so much.”

Malcolm McDowel, Peter’s co-star and lover in “Mozart in the Jungle” was on hand to help 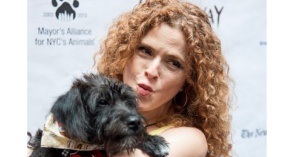 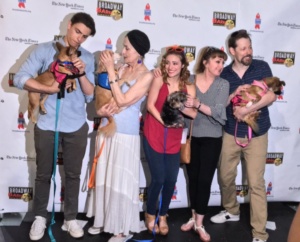 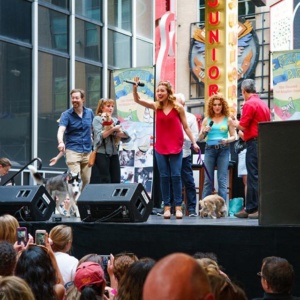 Christy Altomare and the cast of Anastasia 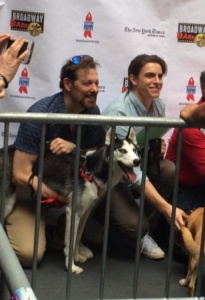 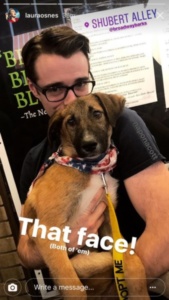 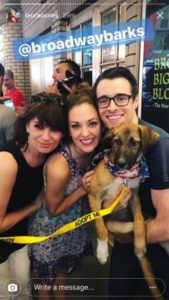 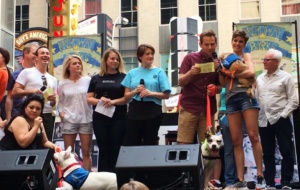 Jenn Colella and the cast of Come From Away 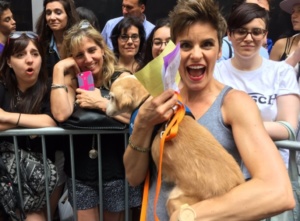 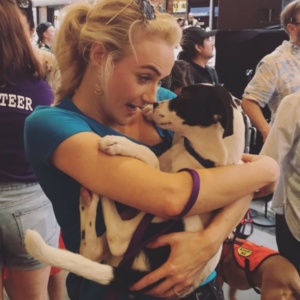 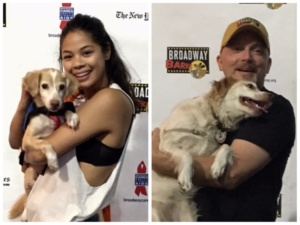 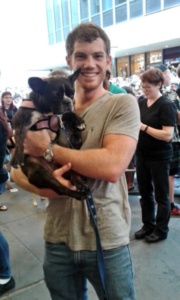 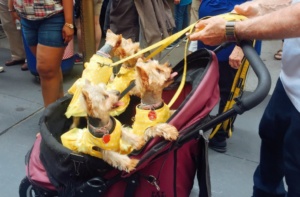 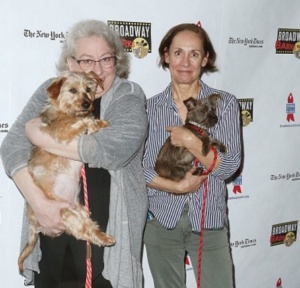 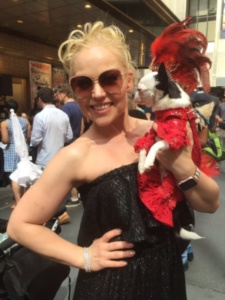