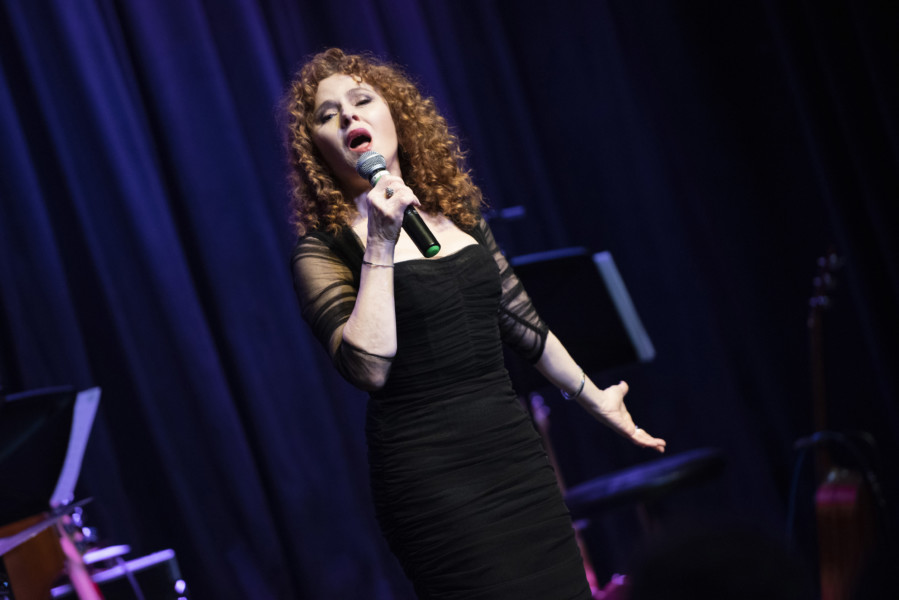 Broadway Belts For PFF!  honoring 12-time Tony Award-Winning Broadway producer Daryl Roth and hosted by Broadway’s Julie Halston (Tootsie, You Can’t Take it With You, Sex and the City) took place at the Edison Ballroom, with over 300 guests in attendance. The event, which featured Broadway stars performing some of their favorite songs and original pieces, raised funds to fight pulmonary fibrosis (PF), a life-threatening, complex disease that causes progressive scarring in the lungs. PF affects 200,000 Americans annually, and 50,000 new cases are diagnosed each year. This year’s event raised nearly $400,000, bringing the ten-year total to over $2 million.

“Julie Halston and her extraordinary team generously showcased the best of Broadway in an inspiring evening that raised crucial funds for research and programs for people living with pulmonary fibrosis,” said William Schmidt, president and CEO of the Pulmonary Fibrosis Foundation.

Daryl Roth was honored with the Ralph Howard Legacy Award. This award recognizes individuals who have demonstrated an extraordinary commitment to the pulmonary fibrosis community and embody Howard’s mission of fostering and supporting talent through mentorship, opportunity, and education. Roth was lauded for her brilliant career and her unwavering support of Broadway Belts For PFF! Roth has produced over 120 productions on and off-Broadway, including 7 Pulitzer Prize-winning plays, and is the proud recipient of 12 Tony Awards and London’s Olivier Award.

“Our performers and producers share their special gifts of Broadway to help confront and cure this disease,” said Julie Halston. “I am especially grateful to my dear friend, Daryl Roth, who received the Ralph Howard Legacy Award for her dedication to the PF community.”

Broadway Belts For PFF! began as a tribute to Michael Kuchwara, Associated Press theater critic, who died suddenly of pulmonary fibrosis in 2010. Julie Halston, a founding partner of the event, is one of the PFF’s leading advocates nationwide and shines as the evening’s witty and dynamic host.

Halston’s motivation for participating in Broadway Belts For PFF! is very personal as her husband, New York newscaster Ralph Howard, was diagnosed with pulmonary fibrosis and received a life-extending lung transplant. Howard, a generous volunteer to both the PFF and many other organizations and lover of all things New York, succumbed to complications from the disease in August 2018.

Broadway Belts For PFF! was directed by Carl Andress (The Confession of Lily Dare, The Divine Sister) with Christopher McGovern (Cagney) as Musical Director, Ed Windels as Music Coordinator, and Greg Santos as Stage Manager. The benefit was produced for the tenth straight year by  D. Michael Dvorchak, Sue Frost (Memphis, Come From Away), Julie Halston, and Ed Windels.

To make a donation or to receive updates on the 2021 event, please visit BroadwayBeltsforPFF.org.