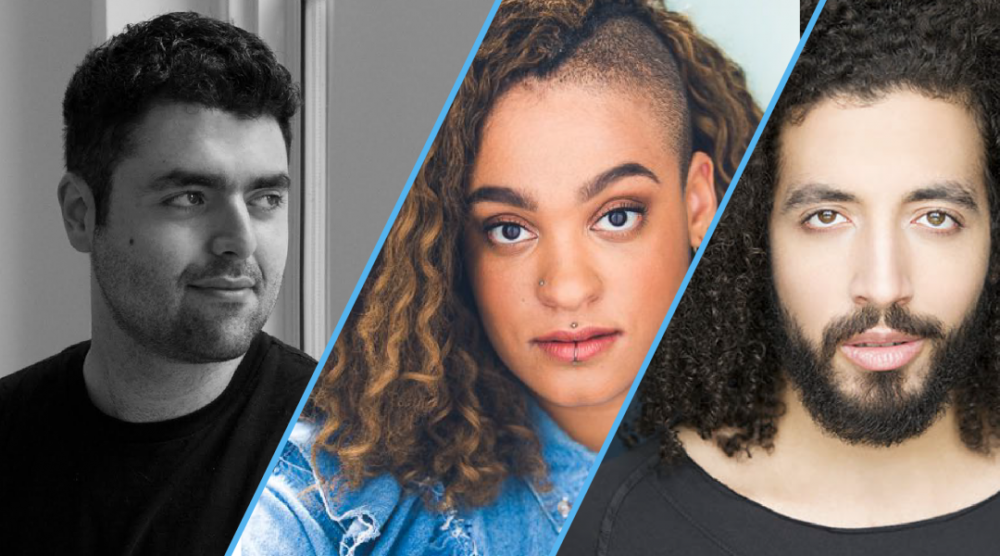 Nora Schell (Spamilton, Jagged Little Pill) graduated from The University of Michigan with a BFA in Musical Theatre and a minor in Gender, Race and Nation. Their Off-Broadway debut in SPAMILTON garnered them Drama Desk, Drama League and Clive Barnes Award nominations. They were dubbed “a name to watch” by New York Times critic Ben Brantley and received rave reviews from a multitude of renowned pundits. Nora made their Broadway debut in Jagged Little Pill. You can see them next at Asolo Repertory Theatre playing the role of “Hud” in Hair. With their educational background, they continue to cultivate a career focused on the intersection of performing and social justice.

Heath Saunders (The Great Comet, Alice By Heart, Jesus Christ Superstar Live in Concert) is a New York based singer, actor, composer, writer, and multi-instrumentalist, probably best known from The Great Comet on Broadway. He spends an extraordinary amount of time developing new musicals, most of which he can’t actually tell you about. Check out his self-produced EP “Does Not Play Well with Others (I Hope You’re Not “Others”).”
TheSaundersCollective.com