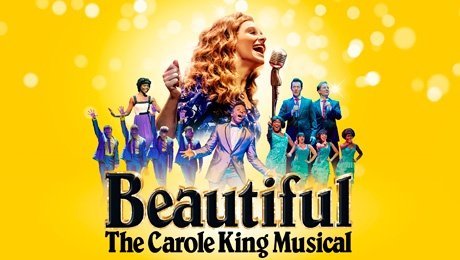 Beautiful – The Carole King Musical will end its smash-hit, record-breaking run after nearly six years on Broadway. By the time the production takes its final bow, it will have played 60 preview and 2,418 regular performances, surpassing the original production of Annie and the landmark 1998 revival of Cabaret to become the 27th longest-running musical (and the 2nd longest running “bio-musical”) in Broadway history.

Here are the shows that are set to close.

So far 29 shows have closed since September 9th.

“Writing a musical is not something that had ever really appealed to me,” but Bill and I met up with Lee Hall and had a chat and I found myself thinking this could be interesting and fun. ‘It’s A Wonderful Life’ is a universal story we can all relate to.”

Hall, who co-wrote Billy Elliot: The Musical, is writing the book and co-writing the lyrics with McCartney.

McCartney has done 10 demo tracks, with the singer performing every role from George Bailey to Mr. Potter.

Andrew Lloyd Webber announced his contemporary musical version of Cinderella, with a book by The Crown actress/Killing Eve writer Emerald Fennell, will arrive on Broadway next year. Lloyd Webber has written with lyrics by David Zippel (Hercules, City of Angels). The new Cinderella has the title heroine falling in love with a man named Sebastian after Prince Charming has his own fling with a duke.

The musical received an industry presentation in London with a cast that included Carrie Hope Fletcher as Cinderella, Tyrone Huntley as Sebastian and Jonny Fines as Prince Charming, along with Gary Wilmot, Ruthie Henshall, Victoria Hamilton-Barritt, Sophie Isaacs, and Rebecca Trehearn. Broadway producers and theater owners attended the workshop.

Craig J HorsleySeptember 30, 2021
Read More
Scroll for more
Tap
The Bacchae: Fierce and Uncompromising, Nothing to Condemn
Get Ready for Free Entertainment From Lincoln Center Out of Doors