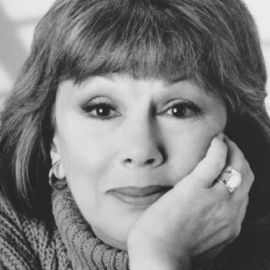 Newman was married to lyricist and playwright Adolph Green from 1960 until his death in 2002. She was the mother of journalist Adam Green and singer-songwriter Amanda Green. Newman died on September 15, 2019 at the age of 86 from complications of a lung disorder.

Newman was an American actress and singer, who won the 1962 Tony Award for Best Featured Actress in a Musical for her role as Martha Vail in the Broadway-theatre production of Subways Are for Sleeping and was nominated twice for the Drama Desk Award.

Newman made her Broadway debut in Wish You Were Here in 1952. She appeared in Bells Are Ringing, Pleasures and Palaces, The Apple Tree, On the Town, The Prisoner of Second Avenue, Awake and Sing! and Broadway Bound, for which she was Tony nominated. When she won the Tony Award for Best Featured Actress in a Musical, she beat out Barbra Streisand in I Can Get It for You Wholesale.

On TV Newman was in a 1959 episode of Beverly Garland’s crime drama Decoy. In 1960 she was cast as Doris Hudson on the CBS summer replacement series Diagnosis: Unknown. Newman became a major television celebrity of the 1960s and 1970s, a frequent panelist on the top-rated network game shows What’s My Line?, Match Game and To Tell the Truth and a perennial guest of Johnny Carson’s on NBC’s The Tonight Show. She portrayed Melissa’s mother Elaine on the television series Thirtysomething.

She created the role of Renée Buchanan on the ABC soap opera One Life to Live and was a regular on the primetime series 100 Centre Street and the NBC satirical series That Was The Week That Was. Other television credits include The Man from U.N.C.L.E., Burke’s Law, ABC Stage 67,  Murder, She Wrote, The Wild Wild West. Newman starred in the short-lived comedy about a couple living in an Arizona retirement community, Coming of Age, opposite Glynis Johns.

In addition to her appearances on original cast recordings, Newman recorded an album of contemporary songs, Those Were the Days, s in 1968. In England, the album was released as Phyllis Newman’s World of Music.

In 1995 Newman founded The Phyllis Newman Women’s Health Initiative of the Actors Fund of America. Since then she hosted the annual Nothing Like a Dame galas, which have raised more than US $3.5 million and served 2,500 women in the entertainment industry.

In 2009 Newman received the first Isabelle Stevenson Award, a special Tony Award, for her work with the Health Initiative. This award recognizes “an individual from the theatre community for [his or her] humanitarian work.”

Eileen Atkins and Jonathan Pryce a Masterclass in Acting
Cut From Away: The Untold Stories and Song’s From Come From Away