Broadway Fights Back on Ban Giving Hope and Entertainment 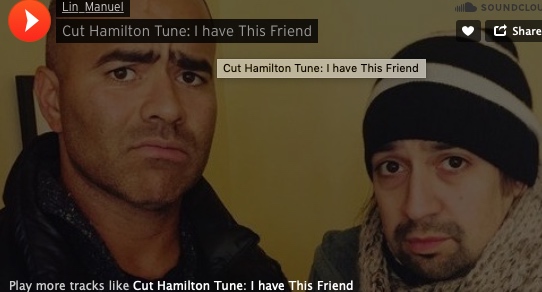 Broadway Fights Back on Ban Giving Hope and Entertainment

Leave it to Hamilton to start the alternate ways to entertain. The night the shows had to close down Hamilton tweeted throughout the evening to engage with fans using #HamAtHome. Lin-Manuel Miranda released a cut song called “I Have This Friend,” tweeting, “Wish I could send you peace of mind via this app. Alas. But I can send you music no one’s heard.”

Tony Award-winning actress Laura Benanti on Friday told high school students prevented from performing in their high school musicals because they were canceled by the coronavirus to send her videos of them performing songs. “If you would like to sing a song that you are not going to get to sing now and tag me, I want to see you. I want to hear it.”

NYFOS and its Emerging Artists are bring the eclectic and uplifting program The Art of Pleasure to the world. This concert at Caramoor Center for Music and the Arts in Katonah, NY was performed without an audience, live-streamed at the on Sunday, March 15 and will remain viewable through Tuesday evening, March 17. You can watch the entire program for free on
Caramoor’s YouTube Channel (https://www.youtube.com/watch?v=ln_yIVUW8vU&feature=youtu.be)

BroadwayWorld, launched “Living Room Concerts” for people to watch Broadway performers. “If anyone likes the videos, instead of the money they would spend on a Broadway ticket, maybe sending a few dollars their way as they help out a community that’s going through a very tough time.” The videos encourage viewers to donate to Broadway Cares/Equity Fights AIDS, which had to cancel its annual “Broadway Backwards Fundraiser” concert Monday, as well as the Actors Fund.